BBNaija: Angel lists three housemates she has not kissed 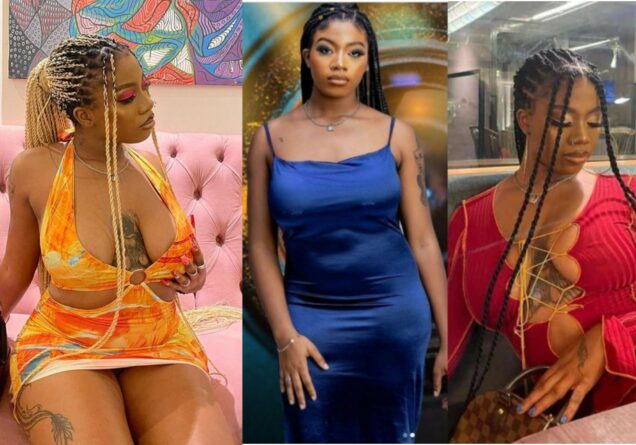 Big Brother Naija housemate and controversial character has said that she has kissed almost all male housemates except three of them.

Angel listed the three male housemates she has not kissed as Whitemoney, Emmanuel and Michael.

She made the revelation on Friday night while denying reports that she has made love in the house and is responsible for missing condoms in the house.

Before Maria’s exit in the Big Brother house, she complained condoms were missing in the house stating that some housemates were making love in the house.

Whitemoney asked Angel if she was responsible for the missing condoms and she denied it.

The 21-year-old said she’s never made love to anyone and would continue to do every other thing like kissing housemates but will not have sex.

“I’ve never done that, but I’ve kissed almost all the housemates except you, Emmanuel and Michael.”