Buhari to visit Imo on Thursday 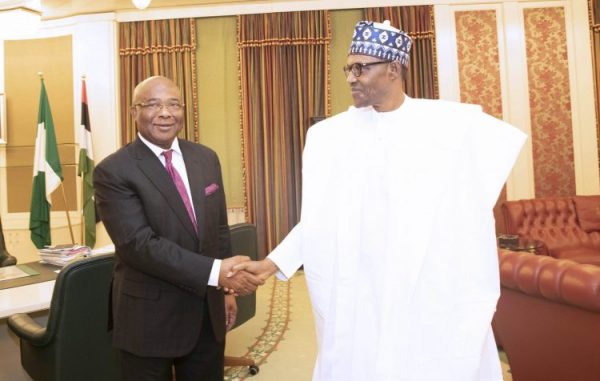 Governor Hope Uzodinma of Imo State says all is set for President Muhammadu Buhari’s visit to  the state on Thursday, September 9.

The governor disclosed this while addressing newsmen at the Sam Mbakwe International Cargo Airport, Owerri, on Saturday.

Uzodinma, who spoke upon his return from an official trip to the Federal Capital Territory, Abuja, said that the president would commission some “significant projects” executed by his administration.

The governor said that he visited Abuja to “address some political matters and some critical issues that are supposed to be handled in Abuja.”

He listed the issues to include getting Federal Government’s assistance on the World Bank programmes on rural roads, ecological programmes, the Nigeria Erosion and Watershed Management (NEWMAP) projects and other erosion control issues.

“While in Abuja, I secured approval for President Muhammadu Buhari to visit Imo on Thursday, Sept. 9, to commission some significant projects put together by the Shared Prosperity Administration.

“More to that, Imo has been able to attract additional support from Mr President on management of some ecological problems in the state,’’ he said.

Speaking on his assignment as the Chairman, All Progressives Congress (APC) Campaign Council for the Anambra governorship election, Uzodinma acknowledged the importance of the responsibility thrust on him by the party.

The governor assured that he was doing his best to disseminate the message of what the people stand to gain should they vote in the APC in the Nov. 6 election.

He called on the people of Anambra and the South-East in general to align with the APC, adding that “those who support the party at the centre will get both their rights and their privileges”.