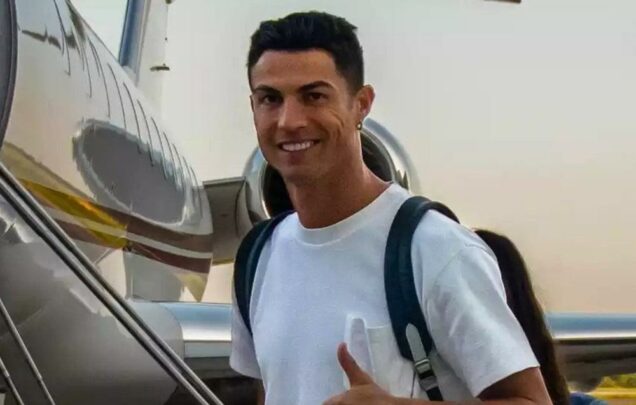 Cristiano Ronaldo has arrived in England after sealing a surprise return to his old club Manchester United.

The Portuguese forward joined the club from Serie A side Juventus on a two-year contract, with the option to extend for another year.

Ronaldo returned to England after exiting the Portugal national team.

He was suspended from playing for his national team for celebrating his stoppage-time winner against the Republic of Ireland by removing his shirt.

He was greeted on arrival at the UK by former team-mate and the club’s technical director Darren Fletcher.

Upon his return to Manchester United, Ronaldo would wear the iconic United number 7 jersey and possibly get his second debut in the Premier League on Saturday, September 11 against Newcastle United at Old Trafford.

He has also been included in Manchester United’s 25-man Champions League squad, with the first game against Swiss side Young Boys on Tuesday, September 14.