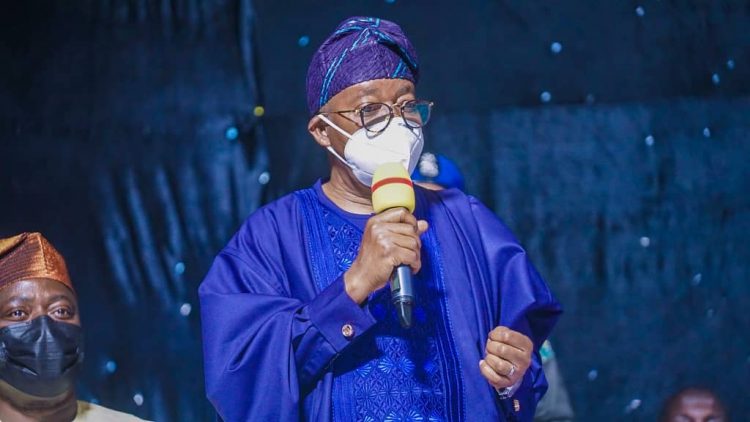 Oyetola at the meeting

Governor Gboyega Oyetola has said that stakeholders of the All Progressives Congress (APC) in Osun State have adopted consensus for the local government party congress in the state.

According to the timetable released, the ruling party will have its local government congress across the nation on Saturday.

According to the governor, Congress is to pick officers of the party which should not be a battleground.

He assured the party members of adequate security in the state during the congress and urged them to shun violence.

“As all the speakers have said, we have adopted consensus in our party for the local government congress. Congress is to pick officers of the party for wards, local, state, and national. It should nor be a battleground. We are the most peaceful state and I didn’t expect anything more than that.”

The Chairman of the Osun State National Committee of the All Progressives Congress (APC) Local Governments Congress, Gbenga Elegbeleye in his speech asked the party members of the party to uphold the principle of consensus.

According to him, APC is a peaceful party and organised, revealing that the list of party leaders who will monitor the conduct is out.

In his words, “I urged the members to uphold the principle of consensus and from where it is not possible, we can now have an election.”