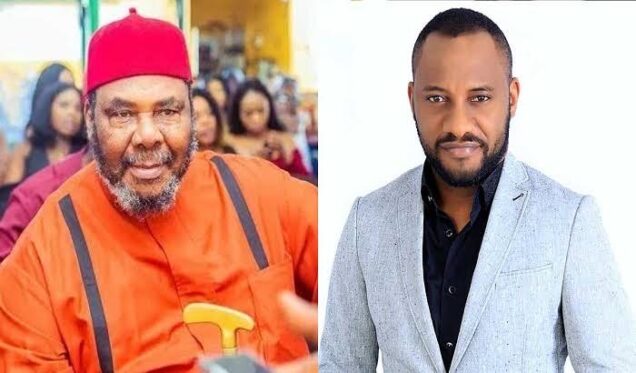 Popular Nollywood actor, Yul Edochie has explained why many fans don’t know he is the son of movie legend, Pete Edochie.

According to Yul, fans are unaware Pete Edochie is his father because he has achieved so much success in his acting career.

Yul made the disclosure at the Life Continental Beer’s socio-cultural discourse with the theme, “Bringing Home the Glory: A toast to Progress and Success” in Enugu.

The actor said before he began to make it in the movie industry, he attended several auditions without success.

“I started hustling and my journey started from here in Enugu. There were times I would board night bus from Enugu to Lagos just to attend some auditions that didn’t work. They would not choose me and I would come back. But I was happy that I was chosen for those auditions despite not making it to locations.

“I knew my father had made a name for himself. But I said I would not ride under his wings. I would make my own name. So, I gave myself time.

“At a time, I even said I was going to change my name and that I was going to remove the Edochie. I wanted to take it out, so that people would see me as Yul, graduate of Theatre Arts, who wanted to make a name for himself. I started from the scratch.

“I gave myself 10 years to see where I would be. (I told myself) That this man (Pete) has made his name, I need to make my own name too. By the special grace of God, I think I have done that. Sixteen years after, I’m no longer known as Pete Edochie’s son. I’m known as Yul Edochie. I excelled and still excelling in Nollywood.”