Ogunlewe: Tinubu has outsmarted everybody, PDP doomed in Lagos 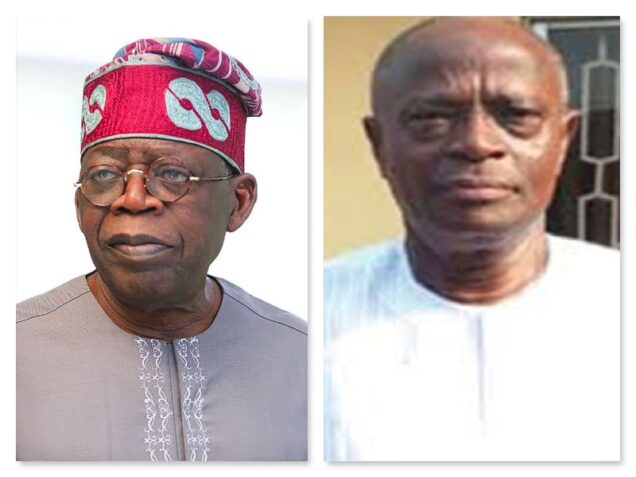 Former works minister and senator, Seye Ogunlewe has spoken on why he abandoned the PDP to join the All Progressives Congress and why it has been difficult for his former party to topple Bola Tinubu’s control of Lagos.

In an interview with The Punch, Ogunlewe said PDP does not exist in Lagos, as its leaders are often caught hobnobbing with Tinubu.

“In Lagos State, there is nothing like PDP”, he said.

“The leadership is corrupt. They would make noise today on the television, tomorrow they are dining with the man. Believe it or not, many politicians and even those that are politically minded know what I’m saying.

“People have seen it, they have witnessed it that these PDP people make noise that when election comes they will perform magic because they want to get money, but what do we see?”

Ogunlewe also spoke on Bola Tinubu’s style of politics, saying that “he has outsmarted everybody”.

“He’s an extremely clever person and you have to study him, either to criticise him or to love him. If you are not discerning and you cannot see facts, you will be having the same thoughts that you had of him ten years ago.

“Honestly, I am so perplexed about the way he has been able to perform this magic. I didn’t believe it but he has done so.

“One person! Don’t you think there is something in that person we have to admire? He would determine who was going to be governor of Imo State; Yobe State; Ogun State, Osun State, and he would be correct.

“Whether you like him or you hate him, just focus on his person. How has he been able to get to this level? That is what is amazing to me. You see people groping in the dark: he is this, he is that, but the man has moved on. Are you going to sit down with your frustration? The man doesn’t even know that you are frustrated.

“This man, one single person, installed a presidency in Nigeria. Who has done so before? He is the rallying point for Nigerian politics today and he has the background of political development; he has the knowledge. Hate him or love him.

Asked whether he loves Tinubu or hate him, he replied:

“I’m discerning. I’m marvelled at how he has been able to lift himself up from almost nobody to this envious position that every Nigerian knows his name today”, he replied.