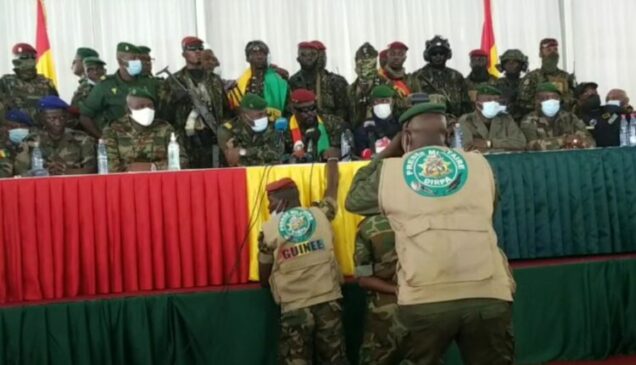 Prices for aluminium ore bauxite from Guinea hit their highest in almost 18 months on Monday in top metals consumer China as buyers fretted about supply after a coup.

However, no mines reported any operational disruption.

Guinea is the world’s second-biggest producer of the raw material that is refined into alumina, a substance used to make aluminium metal, and is the top supplier to China.

Guinean bauxite for delivery to China was last assessed by Asian Metal at $50.50 a tonne, up 1% from Friday and the highest since March 16 last year.

Prices are up about 16% this year.

The ousting of Guinea President Alpha Conde by an army unit on Sunday also extended a rally in aluminium prices to multi-year highs and boosted shares in aluminium producers Norsk Hydro (NHY.OL) and Rusal.

The unrest did not have any immediate impact on bauxite operations, which are key to Guinea’s economy as its main foreign currency earner.

Coup leader Mamady Doumbouya on Monday said that a curfew imposed in mining areas had been lifted.

A spokesperson for Aluminium Corp of China (Chalco), the world’s biggest producer of alumina, said its bauxite business in Guinea was operating normally.

Singapore’s TOP International Holding, which owns two bauxite mines in Guinea, said operations were continuing “with minimal disruption” and the situation at sites in Boke and Boffa was stable.

A Compagnie des Bauxites de Guinée (CBG) spokesperson said its mines had not been affected by the coup.

U.S. aluminium giant Alcoa (AA.N), joint owner of CBG, said it is monitoring the situation closely and is not aware of disruption to bauxite exports.

Rusal, which owns the Compagnie des Bauxites de Kindia (CBK) in Guinea, did not immediately respond to questions on whether its operations had been disrupted.