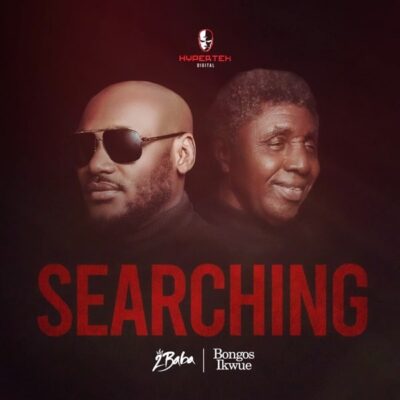 The award-winning singer took to his social media handles on Tuesday to announce the release of the love-themed project amid his marital crisis.

“I had the absolute honour to record with the legend Bongos Ikwue @officialbongosikwue,” he wrote on Instagram.

The less than five-minute project sees the musicians crooning about the seeming difficulty in finding true love in contemporary society.

“I have been searching for true love and nothing will stop me until I find as nothing good comes easy, this know. I’ll keep searching till I find…,” they could be heard singing in a mixture of English, Pidgin and Idoma.

With strings of awards and recognition, 2Baba has established himself as a household name in the global music landscape.

This new song is coming amid the controversies rocking his marriage to Annie Idibia after the later lashed out Thursday at him, complaining about several things at the same time.

She accused him of sleeping under the same roof with one of his Baby Mamas, Pero in the U.S.

She accused Tu Face’s brother, Hyacinth Idibia, for housing the singer, his kids and Pero under the same roof.

She said their action was “unacceptable”.

She also accused the Idibia family of not “loving her from the beginning no matter how hard she tried”.

While the families of the couple have continued to engage in heated social media outbursts, 2Baba has remained silent until the release of his new song.

Annie also took to the comment section of her husband’s post to celebrate the success of the project.

“Yayy… finally out. officialbongosikwue thank you so much sir,” she wrote.