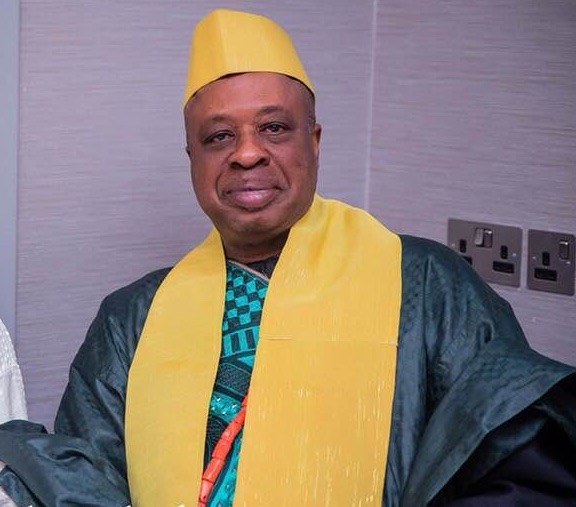 President Muhammadu Buhari has led the tribute train, rejoicing with the globally recognised academic and author.

In a statement by his spokesman, Mr Femi Adesina, on Wednesday in Abuja, Buhari praised Williams for his almost 50 years of scholarship, university teaching, and contributions to public discourse.

He extolled the professor for being a source of inspiration to the younger generation, and a pride to the country.

The President noted that the multiple award-winning writer, after years of teaching at the then University of Ife (now Obafemi Awolowo University, Ile-Ife) took his intellectual prowess to Europe and America for many decades.

According to him, Williams has used his God-given endowments for the good of humanity round the globe.

While rejoicing with the Williams family, the academia, friends and acquaintances of the celebrated writer and teacher, the President wished the professor longer life, good health and greater contribution to scholarship and sharing of knowledge.

He encouraged the newspaper columnist not to relent in addressing issues of governance very crucial to Nigeria and Africa.

In a citation published about him last year by Federal University of Agriculture in Abeokuta, Williams was described as the greatest essayist to have come out of Africa, a five-star writer and a master of arresting and scintillating prose.

In a career spanning almost fifty years, Williams has come to dominate public discourse in Nigeria with his brilliant display of erudition, his sharp wit and penetrating intellect.

Although he originally specialised in Theory of Literature, he has since successfully branched out to other fields including Political Theory, Postcolonial Studies, Philosophy and Cultural Production.

Williams is one of Nigeria’s best known scholars and globally recognised academics with over a thousand publications including six books to his credit.

Several articles have been written on Professor Williams attesting to his exceptional brilliance as an academic and his capacity to generate ideas in several fields of human endeavour.

As a journalist, Professor Williams has served as columnist for several national and international magazines and newspapers. He was a columnist for Newswatch, 1985- 1990, African Concord 1990-1992; Tempo/The News 1993- 1995; The Nation 2007 till date and Africa Today as columnist and editor at large, 1995 till date.

Before going to the then University of Ife in 1971, Professor Williams worked with the Nigeria Tribune, reaching the position of sub-editor.

In 1981/ 82 session while still a visiting graduate student, Professor Williams was appointed Honorary Visiting Lecturer, Department of English, University of Sheffield, England. In that capacity, he gave lectures and led seminars in the new area of Theory of African Literature. In 1986, barely three years after being awarded a doctorate degree in Theory of African Literature, Williams became a Senior Lecturer in the Department of Literature in English, Obafemi Awolowo University, Ile-Ife.

Since returning to Nigeria in 2006 after serving as a Professor in various universities in America and Europe, Professor Adebayo Williams has served as Chairman, Lagos State Electoral Reform Panel,2008-2010; member Board of Trustees Obafemi Awolowo Institute for Governance and Public Policy 2009- till date and Chairman, Lagos State Gubernatorial Advisory Committee, 2010- 2018 under Governors Babatunde Fashola and Akinwunmi Ambode.

In 1995, Professor Williams was appointed the Director General of Africa Policy Group, a London based Think-tank which addresses issues of governance crucial to Africa. Earlier in 1991 while still teaching at Obafemi Awolowo University, Ile-Ife, Nigeria, Professor Williams was made a Director of the USAID-sponsored project on Governance and Democratization in Africa.

In 1997, Professor Williams returned to the Centre of African Studies, University of Birmingham as Visiting Lecturer and Honorary Research Fellow, a position he held till 2006. He had earlier served in the same department as Leverhulme Fellow between 1988-1990.

In January, 2004, Professor Williams assumed duty as the Amy Freeman Lee Distinguished Chair of Humanities and Fine Arts, University of The Incarnate Word, San Antonio, Texas USA. He has also served as jury/professor at the Ecole Normale Superieure in France.

In the course of a distinguished career spanning almost forty years, Professor Williams has won many laurels in scholarship, journalism and Creative writing including winning twice both The Association of Nigerian Authors prize in 1988 and 1995 and the Odunewu prize for Informed Commentary in 1993 and 2000.

Professor Williams is married and has children.