Video: BBNaija Tega cries as she reunites with husband

Video: BBNaija Tega cries as she reunites with husband 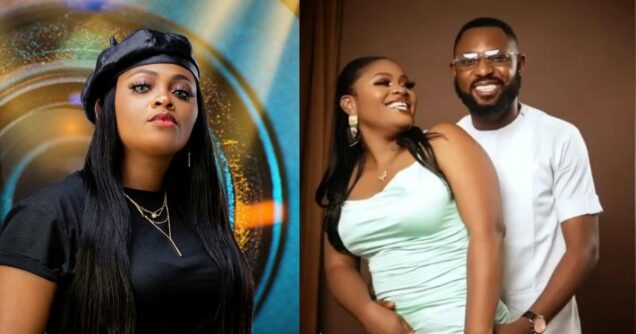 Tega and her husband

Evicted Big Brother Naija housemate Tega was all emotions as she reunited with her husband on Tuesday after her exit from the show.

The couple was locked in an embrace for close to three minutes as the evicted housemate shed tears.

Tega reunited with her husband after she openly apologised to him and Nigerians in an Instagram video, stating that she takes responsibility for her action.

The ex-housemate stirred controversies on the show last week as a video of her went viral where she was caught kissing Boma while in bed.

Boma also kissed the mother-of-one during their exclusive access to the executive lounge where he spanked her, leading to rage from fans.

Their actions triggered a lot of reactions from viewers who bashed her for disrespecting her husband, family and portraying married women in a bad light.

After Tega’s apologies to fans, Boma also apologized to Tega’s husband and family members over the illicit affair he had with her while in the ‘Shine Ya Eye’ house.

Tega’s husband during an interview on Monday also stated that he’ll forgive his wife if she apologises.

He said then he was yet to speak with her since her eviction.