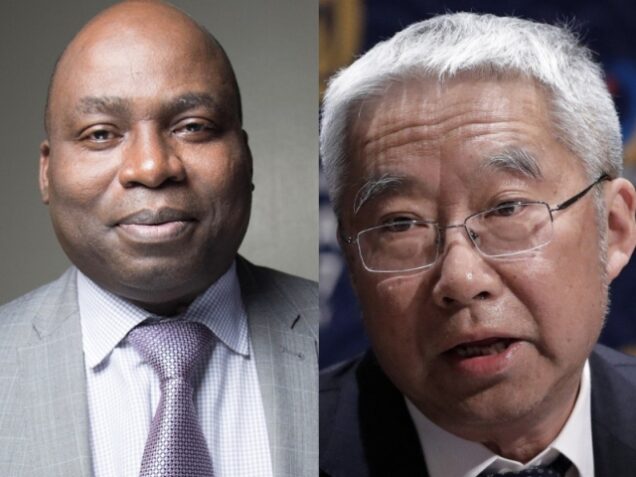 By Bolaji Owasanoye and Yu Yongding

“Escrow Accounts, managed by Regional Development Banks, should be used to manage frozen/seized assets until they can be legally returned”

Financial integrity would require effective mechanisms to secure the recovery and return of assets considered to be of illicit origin. This can serve both as a mechanism for justice and a deterrent against future crimes by demonstrating that perpetrators will not be able to enjoy the proceeds of their crimes.

However, cooperation on confiscating and returning the proceeds of corruption and other financial crimes is not effective. Despite the entry into force of the UN Convention Against Corruption (UNCAC) more than 15 years ago, the known volume of asset returns accounts for only a tiny fraction of the proceeds of corruption and financial crime laundered worldwide.

Authorities in requested jurisdictions are sometimes not provided with adequate resources, financial, technical and human, to follow up on incoming requests in a timely fashion and carry out their responsibilities in accordance with the Convention.

This is compounded by the fact that the jurisdictions where stolen assets are hidden, often developed countries, may not be responsive to requests for legal assistance. This part of the asset recovery equation has not been adequately addressed.

The result of these constraints is that the whole asset recovery process remains extremely burdensome and lengthy for requesting countries that saw their resources drained. In the meantime, confiscated assets often remain in the possession of either financial institutions, which continue to unduly benefit from the assets, or requested States that manage them for many years. Asset management, particularly of financial assets, can remain with a financial institution that enabled the wrongdoing in the first place. Fees for the management of the assets may continue to be earned by the holder. Requesting states also lose a substantial part of the money to administrative fees taken by the requested state.

The main purpose of the escrow account is to provide an alternative institutional arrangement for the management of assets, removing them from the control of the financial institutions that may have been complicit in their transfer. Implementation of this proposal can also reduce the administrative fees charged by requested States. The regional development banks, as publicly owned financial institutions, can provide asset management services at lower cost.

A number of cases show that many years had elapsed after requests for legal assistance before assets were transferred to the requesting State. Several major legal hurdles had to be crossed, including presenting evidence that the assets were the product of embezzlement, diversion of public property, and plundering of the public treasury.

Sometimes, the request for return may be challenged by the suspect especially where civil forfeiture or non-conviction bases asset forfeiture mechanism has been adopted by either the requesting or requested state. For example, the return of the third batch of assets related to former Nigerian President Sani Abacha, requested from the United States and other involved countries, was delayed for many years by legal challenges launched in the United States by attorneys acting for the former President and his associates and for other professional service providers claiming a share of the assets. The escrow is therefore suggested as a credible third-party legal instrument to manage the funds pending the determination of the rightful or legal owner.

The Panel notes that the political economy of a country matters, and that the influence of powerful sectoral interests is important. They can both influence the cooperation of government on specific asset recovery cases (e.g. some 1MDB cases) as well as the overall level of public resources and attention provided to regulation, supervision, enforcement, and international cooperation. Reducing the incentives to hold assets matters broadly. By having a policy to remove assets from the control of financial institutions which profit by holding them, and to place them with a neutral third party, the use of escrow accounts can disincentivize efforts to thwart prosecution or prevent the return of assets.

Management of the frozen/seized assets through the escrow accounts can also help ensure that the assets do not depreciate in value, which could occur if held in requested States. The development banks’ treasury departments ensure its upkeep and its efficient disposal, and most importantly maintain public trust in law enforcement and institutions of justice. Particularly, to ensure justice for the victim state, these assets need to retain as much value as possible to ensure the process of asset recovery is worthwhile warranting the oftentimes complex and expensive process.

Effective establishment and use of the escrow account depends on the voluntary agreement by Member States on the use of this instrument as an alternative institutional arrangement for asset management. This will require that the requested State agree to a memorandum of understanding (MOU), or escrow agreement, with the development bank as a neutral third party (depositary or an escrow agent) with no claim on the asset.

Involving the requesting State to also be part to the escrow agreement would be highly desirable. The MOU should specify the conditions of the deposit, the fees to be charged and the conditions that would trigger delivery of the assets and to whom they should be delivered.

Regional development banks are ideal candidates to host the escrow accounts for the management of the frozen/seized assets. Regional development banks such as the African Development Bank Group, Asian Development Bank and Inter-American Development Bank-IDB may be better placed to respond to requesting countries’ needs and desires on how to make use of the escrow accounts. They are neutral parties in the case. They also already have well developed treasury departments with professional staff skilled in handling asset management because of their stewardship of donor funds provided for a variety of projects.

While development banks do not generally aim to turn trust funds or other assets managed into profit centres, should the management of the assets result in above expected gains, they can be remitted alongside the main asset to the State or party determined to be the proper owner. Alternatively, they can be retained by the regional development bank for investment in their other operations aimed at promoting sustainable development.

Although it is critical to ensure due process throughout the asset recovery process, it is equally important to recognise that requesting jurisdictions face huge and asymmetrical burden of proof and the critical need to explore new approaches to challenge this unfair situation and enhance asset recovery process. The difficulties arising out of the recovery of assets is duly acknowledged by the FACTI Panel Recommendation 5A, which proposes the creation of a multilateral mediation mechanism.

In addition, the FACTI Panel addressed the asset management challenge. The Panel report calls for the use of escrow accounts managed by regional development banks that

will serve as custodians of the assets determined to be of illicit origin. These assets should be held at the behest of requesting States and with the cooperation of requested States. By using escrow accounts, some value may be added to funds that are subject to protracted negotiations, and the requesting State may get more than the face value at the end of the process. Furthermore, administrative fees charged by requested states can be paid from proceeds of investment and the value addition.

Countries can take action on this proposal of their own accord, though internationally agreed frameworks can be helpful in encouraging adoption. The most appropriate international venue to deal with the putting in place of an escrow policy for the handling of frozen/seized assets is the Conference of State Parties of the UNCAC.

The provisions of the UNCAC provide the legal framework into which policies to use escrow accounts can be integrated (See UNCAC Chapter V, Articles 51-59 dealing with asset recovery).

***Prof Bolaji Owasanoye, SAN, the Chairman of Nigeria’s Independent Corrupt Practices and Other Related Offences Commission (ICPC) and Yu Yongding, an academician of the Chinese Academy of Social Sciences and a member of the Advisory Committee of the National Development and Reform Committee of the People’s Republic of China since 2004, wrote this implementation notes for the United Nation’s High Level Panel, Financial Accountability Transparency and Integrity (FACTI)