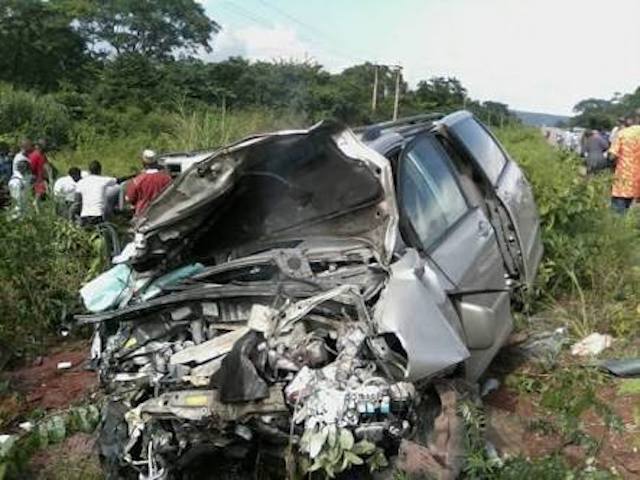 2 die in Anambra road accident. Image above is for illustration.

The Sector Commander of the Corps, Mr. Adeoye Irelewuyi, confirmed the incident on Thursday.

Irelewuyi said the affected Ash color Toyota Sienna with registration number ENU 609 CN, was said to be speeding when it rammed into a ditch.

He said: “Eyewitness report reaching us indicates that the unidentified driver of the vehicle was on top speed when he lost control and rammed into a ditch.

“The injured victims were rescued by FRSC personnel and taken to Josephine and Lawrence Hospital, Oraifite, where two male adults were confirmed dead by the doctor on duty.”

He said that the remains of the deceased had been deposited at Restland Mortuary in Oraifite.

Irelewuyi, while condoling with the families of the deceased, warned motorists against speeding and dangerous driving.