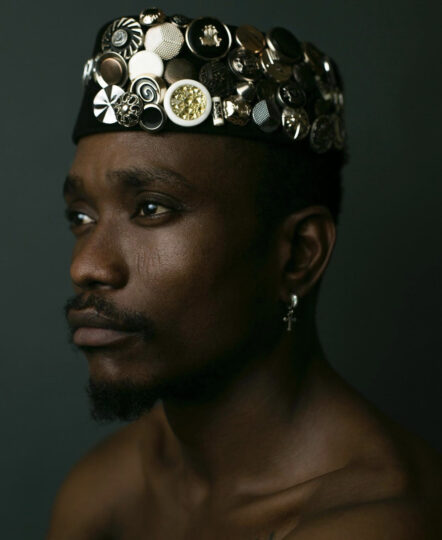 The two projects “Esan” and “Harmattan and Winter” have nine tracks each, as reflected in their respective artworks.

The award-winning singer via his social media pages — Twitter — announced the albums, describing them as an “ode to every 1, to every SIGMA, woman and man, to order!.. This is homage to karma, and to the seasons!!! ”

9 is completion, and entrance of a new phase… an ode to every 1, to every SIGMA, woman and man, to order!.. This is homage to karma, and to the seasons!!! ..

‘Esan’ is Yoruba for revenge while ‘Harmattan and Winter’ is symbolism for the transition from insufficiency to sufficiency.

Both albums explore heartbreak and healing. He will host Organized Chaos on October 1, 2021.

The project follows Libel EP, his riveting response to accusations of sexual harassment.

This is Brymo’s first album after Yellow album and his first project since Libel EP, his riveting response to accusations of sexual harassment in 2020.

Brymo released his first album, Brymstone in 2007 – it was released independently. What is widely regarded to be his best album, Merchants, Dealers, and Slaves dropped in 2013.

Brymo’s music is a mixture of fuji, R&B, pop, and rock.

His albums Merchants, Dealers & Slaves and Tabula Rasa were hinged on the social injustice and chaos that are prevalent in Nigerian society.

The Oleku crooner started recording music in 1999, and the title of his first song was Future, while in secondary school. In 2002, he and some of his friends formed a group called The Aliens. Between 2004 and 2005, the group had problems and disbanded in 2005.

Brymo gained admission to Lagos State University (LASU), where he studied zoology, but left after his second year to pursue a career in music. He released his debut studio album, Brymstone in 2007, and follow up with his second studio album titled The Son of a Kapenta, which he released in 2012. Three singles — Ara, Good Morning and Go Hard, supported the album.

Prior to the album release, he signed a record deal with Chocolate City in 2010 but was accused of breaching his contract with the label in 2013. His third studio album Merchants, Dealers & Slaves was released on October 20, 2013; it received positive reviews from music critics and was preceded by two singles— Down and Eko.

He signed an international distribution deal with Tate Music Group in 2015, and released his fifth studio album Klĭtôrĭs on May 9, 2016. It comprises 11 tracks and was preceded by the lead single Happy Memories.

In 2019 he dropped AAA – the debut 5-track EP from a band of the same name. The band consists of Brymo, guitarist Jad Moukarim, drummer Adey Omotade, and bassist Laughter.

The band’s eponymous debut Extended Play (EP), is a fusion of African folk and psychedelic rock, the EP was recorded at Blackstar Studios in Ikoyi, Lagos, and was mixed and mastered by Mikky Me Joses.