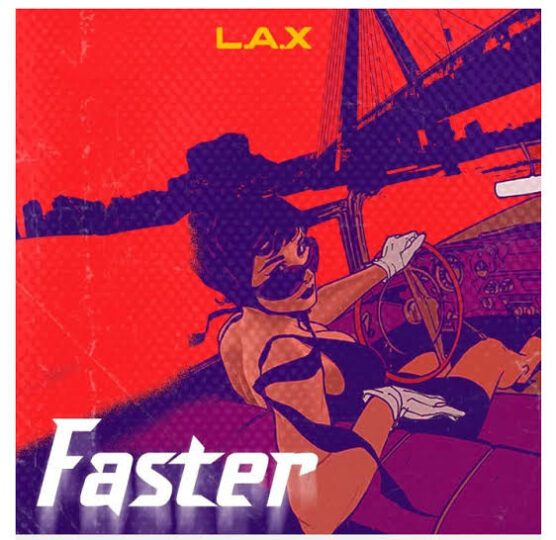 Highlighting his ability to make club-ready music, ‘Faster’ is the perfect offering from L.A.X for the last of the sun.

L.A.X started out as a rapper and was part of a three-man group called Flyboiz while he was still in high school.

On August 20, 2013, he signed a major-label deal with Starboy Entertainment.

Known for his signature fusion of Afrobeats, Afropop, Fuji and Amapiano, the 27-year-old can effortlessly transition from club bangers to sensual serenades. Contributing to an ever-growing fan base across The UK, The Netherlands and France, his sophomore album ‘Zaza Vibes’ amassed 60M+ streams and counting, with lead single ‘Sempe’ accountable for 9M+ streams on Spotify alone.

Other highlights include a recent collaboration with musical royalty Davido on ‘Pepe’ which assisted in his worldwide take over as well as initiating a viral dance trend.

In addition to working on new music, L.A.X has spent recent months overseas, performing in various States across the US.

As well as building his own independent label, Rasaki Music, notable collaborations over the years for L.A.X include Wizkid, Tiwa Savage, Mr Eazi, Maleek Berry, Simi to name a few. Recognised as a key figure in the Amapiano and Afrobeats scene, his reputation has been solidified as an artist who creates fun, energy-filled music.