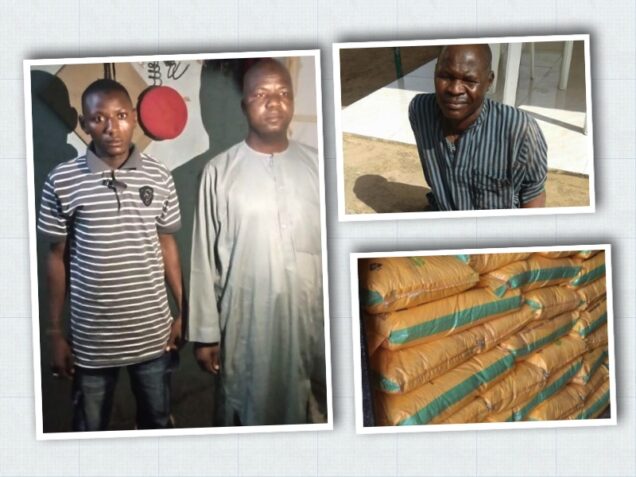 Nigerian military said it had seized 14 tonnes of urea fertiliser that Boko Haram and ISWAP had planned to turn into roadside bombs.

He was arrested along Damboa-Wajiroko road.

“These ISWAP criminals facing the reality of obvious depletion are desperately acquiring IED materials to make explosive devices with which to unleash terror on innocent civilians, in a bid to remain relevant and present a posture of potency.

“In the sting operation conducted, a total of 281 (50Kg) bags of Urea were recovered from the warehouses in the market and two notorious distributors were also arrested.

“Urea fertiliser has been banned by Government because of its use as a major component for manufacturing IED by terrorists.

“The suspects and materials recovered are currently undergoing preliminary investigation,” he said.

Nwachukwu said that the Chief of Army Staff, Lt.-Gen. Faruk Yahaya, had commended the troops for their vigilance and resilience and reassured them of his support to decisively deal with the terrorists.

Boko Haram, whose leader Abubakar Shekau died in May, has been in a conflict with splinter group-turned-rival, the Islamic State’s West Africa Province (ISWAP).

The Nigerian army said last week that close to 6,000 insurgents had surrendered in recent weeks.