Who is a Bitcoin Whale? 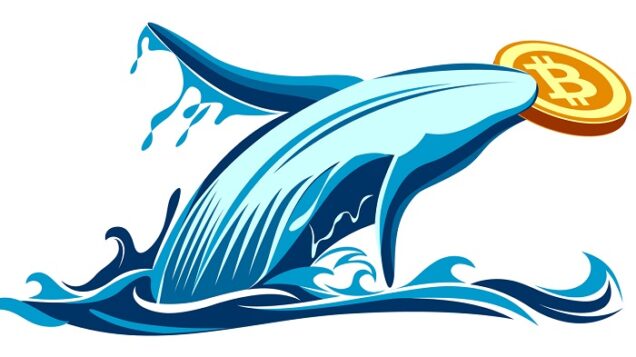 A Bitcoin whale is an entity or an individual with extensive Bitcoin holdings.

It’s a person, an enterprise, or a company holding large amounts of this first cryptocurrency. Whales own sufficiently large amounts of bitcoins to manipulate the valuation of this virtual currency.

Around 14% of Americans are cryptocurrency owners, with some people owning more bitcoins than others. As of 2017, about 40% of the globally available bitcoins belonged to around 1,000 entities only.

However, this may have changed over the recent years as miners produce more tokens and new Bitcoin owners emerge. However, some people still own sufficient bitcoins to influence the entire market with a few trades.

Understanding the Impact of Bitcoin Whales

An entity holding large amounts of Bitcoin is a whale because it can affect the water where small fish swim with a few movements. As per the Pareto Principle or the 80-20 rule, 20% of Bitcoin holders own over 80% of Bitcoin value.

The wealth concentration of whales, especially if it’s in unmoved accounts, can be problematic for Bitcoin and can lower liquidity. And this can increase Bitcoin’s price volatility. When volatility rises further, it enables the whales to move large Bitcoin amounts at once. When somebody tries to sell Bitcoin for their local currency, larger transaction size and low liquidity increase downward pressure on Bitcoin’s price. Other Bitcoin market participants notice the transaction and dispose of their tokens, thereby creating the fire sale.

Also, whales can try to sell Bitcoin in small amounts for a more extended period to ensure they don’t draw attention to their holdings.

When this happens, they cause market distortions that may send Bitcoin prices down or up unexpectedly. Whales create speculation conditions for little fish, leading to a vicious cycle with values not tethered to the underlying fundamentals.

Top Bitcoin Whales in the World

Some people think that supply and demand are the main factors affecting Bitcoin’s price on crypto exchanges like the Bitcoin Era Official website. However, the value of this virtual currency on these platforms depends on other factors, including whales’ movements.

People can quickly know these whales since around 100 Bitcoin wallets have about 32% of the total tokens.

But being pseudonymous means the names of these Bitcoin account holders may not be apparent. Nevertheless, the Bitcoin ledger shows all transactions and addresses. Thus, people can speculate with certainty about Bitcoin whales.

Here are some of the top Bitcoin whales today.

But Kleiman’s estate sued Wright in 2019 for half of the 1.1 million bitcoins he reported. This case has intricate details, primarily because of Nakamoto and Wright’s secretive nature. However, if Wright has 1 million bitcoins, he is undoubtedly one of the top Bitcoin whales.

At the moment, most people know the Winklevoss brothers for their case with Mark Zuckerberg over Facebook creation. However, this might change if Bitcoin keeps growing.

In 2012, these twins saw the potential of this virtual currency and invested in it. Eventually, their investment made them Bitcoin billionaires as they engage in more crypto projects
.
Other potential Bitcoin whales include:

This list of Bitcoin whales could change as more individuals and enterprises invest in this virtual currency.