Why Bitcoin is a Speculative Asset 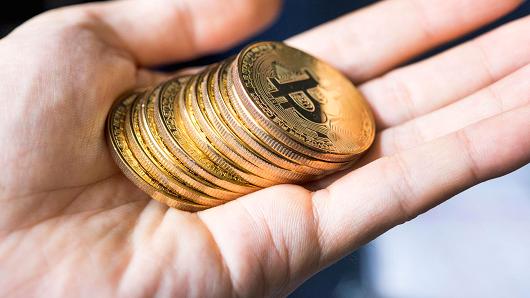 Most people were reluctant about trading or investing in Bitcoin. However, this virtual currency’s increasing prices or value has prompted many people to invest in it.

But, this tremendous price surge comes with some risks. And investors should understand that Bitcoin is a speculative asset to avoid losing their hard-earned money.

An anonymous entity, Satoshi Nakamoto, launched Bitcoin in 2009 after explaining it in a white paper the previous year.

The goal was to introduce a transacting medium that doesn’t need intermediaries. However, the increasing price of this virtual currency prompted people to see it as an investment.

Since Bitcoin’s supply limit is 21 million tokens, most people think its value will increase as the world nears this cap.

Consequently, many people are purchasing this virtual currency on platforms like cryptotrader.software using fiat money.

Also called crypto exchanges, these platforms allow people to exchange fiat money for bitcoins. But, Bitcoin is a speculative asset for the following reasons.

Some people compare Bitcoin to physical gold. That’s because it has a limited supply, and it doesn’t generate income. Ideally, you sell Bitcoin to get its value.

And you can transfer this virtual currency through a peer-to-peer system, the same way gold works.

But one of the reasons for people’s nervousness about this virtual currency is that it challenges the traditional central banks’ roles.

Traditionally, banks work as intermediaries that provide loans from the deposits they get from the conventional central banks. To ensure the lender’s price stability, central banks use their funding rate as the lever.

Bitcoin’s introduction eliminates banks because people can transfer the cryptocurrency via a peer-to-peer system.

The recent dramatic rise in Bitcoin’s value is also another reason for concern.

Some people fear that the Bitcoin market could flash-crash at any time.

Thus, some people fear that the Bitcoin party might end in tears. The volatility that Bitcoin’s price has exhibited over the years prompts some people to think that this could end up being the case.

Blockchain, the underlying technology for Bitcoin, can potentially revolutionize the entire financial sector.

That’s because blockchain incorporates a digital ledger for financial transactions while enhancing transparency. This ledger records Bitcoin transactions chronologically, depending on how people transact on the peer-to-peer network.

Essentially, this technology enables people to exchange value in a setting where peers have conflicting interests but don’t have to involve trusted intermediaries. In effect, this eliminates the need for traditional financial companies like banks.

As hinted, Bitcoin is a very volatile digital asset. Although this could be great during good times, it can be devastating for an investor during dire moments.

That’s why investors consider the volatility and returns of an asset when deciding on what to hold. But, investors with a strong appetite for such risk can invest in this volatile asset.

For instance, hedge funds and investment banks can consider high-risk assets. But investors with a low desire for risks may avoid Bitcoin.

Other reasons why many people see Bitcoin as a speculative asset include:
● A classic bubble possibility
● Regulatory risks
● Over-valuation

Despite its speculative nature, Bitcoin has always attracted investors from all walks of life.