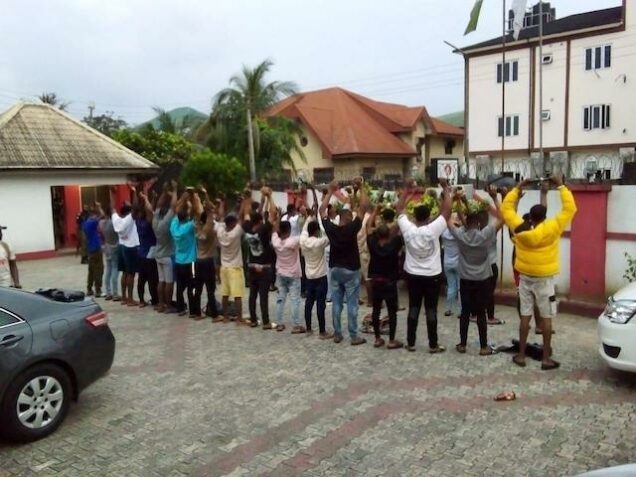 the 33 internet fraudsters arrested in Calabar

Thirty-three internet fraudsters have been arrested in Calabar, Cross River, in multiple sting operations staged by EFCC operatives from the Uyo Zonal command.

Seventeen of the arrested suspects were picked up at Royal Estate on Post Office Street, off Ekot Onin, while 10 were apprehended at 1 Marian Owan by Lemena junction.

The other six suspects were arrested at Parliamentary Extension, Calabar.

At the point of arrest, many laptops and mobile phones were recovered from the suspects.

EFCC spokesman, Wilson Uwujaren said the arrested suspects will be charged to court as soon as the investigation is concluded.