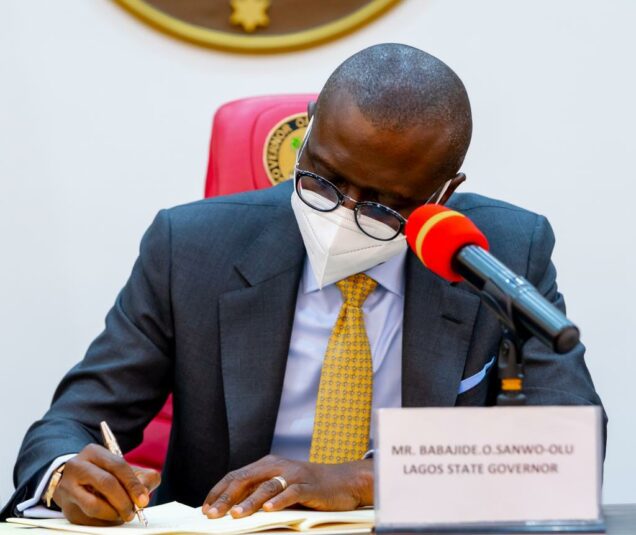 Lagos State Governor Babajide Sanwo-Olu has signed into law the State VAT Bill as passed by the House of Assembly.

The Governor signed the “bill for a law to impose and charge VAT on certain goods and services” at about 11.45am today, after returning from an official trip to Abuja .

By this act, the Bill has now become a Law.

The House of Assembly passed the VAT bill on Thursday at a record time and the governor also signed the bill into law in a record time.