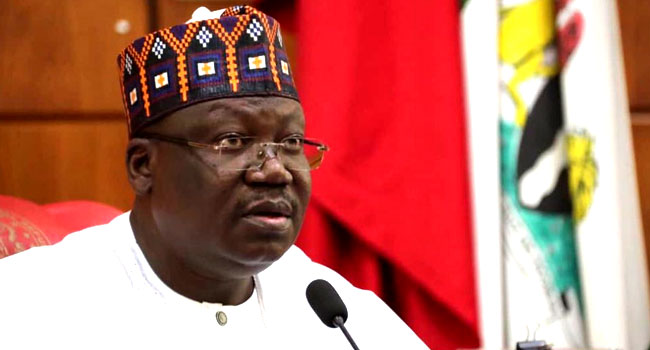 The Senate President, Sen. Ahmad Lawan, and six other prominent Nigerians are to be conferred with chieftaincy titles of Iyin-Ekiti, in Irepodun/Ifelodun Local Government Area of Ekiti State.

The conference signalled the week long events, beginning from Monday, commemorating the first anniversary of his ascendance to the throne.

Ajakaiye said the conferment of the chieftaincy titles was in recognition of the recipients’ contributions to the development of the community and the country at large.

According to the traditional ruler, other activities lined up for the anniversary include, N500 million launching of palace development fund, medical and optical checks.

Other activities include the treatment and surgery for the people and football competition, among others.

He called on sons and daughters of the town, both at home and in diaspora, to always contribute their quota to the development of the community.

Secretary of the Oluyin-in-Council, Chief Opeyemi Arije, noted that the town has witnessed tremendous peace and development in the last one year of the new traditional ruler’s reign.

Arije, who doubles as the Secretary to the Local Organising Committee of the anniversary, said the community was witnessing a new dimension of development.

“Our traditional ruler has given facelift to the palace by providing office for Oluyin in Council and mini conference hall.

“Oba Ajakaiye has also facilitated and commissioned five motorised boreholes donated by indigenes, supported the creation of LCDA and its headquarters in Iyin-Ekiti as well as equipped its Secretariat.

“He also ensured that the only bank in the town was reopened six months after it was attacked by armed robbers,”Chief Arije said