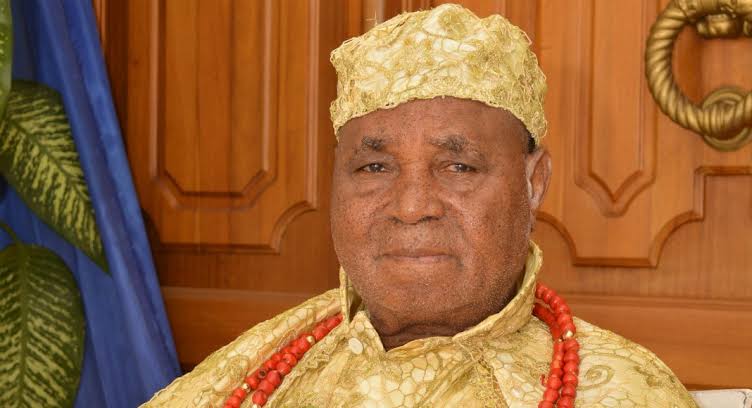 Gov. Oluwarotimi Akeredolu of Ondo State has heaped praises on the Esama of Benin Kingdom, Chief Gabriel Igbinedion at 87.

Akeredolu, on the sidelines of the thanksgiving ceremony for the celebration of the 87th birthday of Igbinedion, said the celebrant touched lives in different sectors.

Akeredolu, who was represented by his Deputy, Mr. Lucky Aiyedatiwa, said Igbinedion had done so much for the country, his state, and his tribe.

“He has done so much for this country, for Edo and his tribe.

“In almost every field of life, in education, aviation, in almost every area of endeavour: you will definitely see his hands in everything and God has been so kind to his humanitarian services, you cannot but celebrate a man like that at 87,” he said.

Akeredolu prayed that God should continue to give him sound health to fulfill his course in life.

The ceremony was held at St Gabriel Catholic Cathedral, Benin on Sunday.

Igbinedion clocked 87 on Sept. 11 and the thanksgiving was to round off the week-long event.