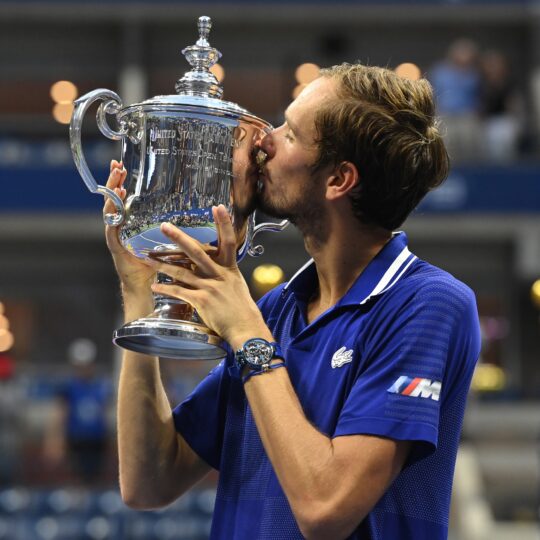 Medvedev, who made the U.S. Open final for the second time, in three years finally realised his dream, winning 6-4 6-4 6-4 on Sunday in New York.

Djokovic had won the Australian Open, the French Open and Wimbledon and had tied Roger Federer and Rafael Nadal’s record of 20 Grand slams.

He had promised, after beating Alexander Zverev on Friday, to play the final like his last game.

But the trophy proved elusive as he was outplayed by World No 2, Medvedev.

The Russian had 16 aces to Djokovic six and had more points on his powerful serves than Djokovic got.

Despite Medvedev’s nine double faults to Djokovic’s three, Djokovic only converted one out of six break points.

Medvedev however converted 50 percent out of the eight opportunities Djokovic gifted him.

The Russian also got victory on the slate of too many unforced errors by the Serb.

Medvedev became the first Russian man to claim a Grand Slam title since 2005.

This was when Marat Safin triumphed at the Australian Open.