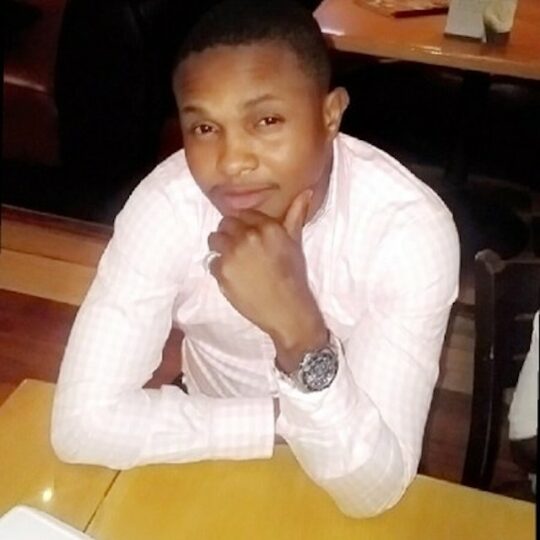 Nigerian Afeez Olajide Adebara has been jailed for romance scams and money laundering just days after New York court sentenced another Nigerian for a similar offence.

Adebara was sentenced on Friday to four years in jail by a court in the Northern District of Oklahoma for managing a group of money launderers in an online Nigerian romance scam.

The scammers, according to evidence provided in court defrauded multiple victims, including elderly individuals across the United States, and caused losses of at least $2.5 million.

The Court further ordered Afeez Adebara, 36, of Norman, also in Oklahoma, to pay $500, 740 in restitution to the victims of the crime.

“Afeez Adebara led a group of money launderers who bilked unsuspecting victims out of their hard-earned retirement and savings accounts as part of a Nigerian romance scam,” said Acting U.S. Attorney Clint Johnson.

“This con artist and his cohorts have been brought to justice thanks to the work of the FBI and federal prosecutors Babasijibomi Moore and Chris Nassar.”

According to court documents and testimony, between 2017 and November 2019, Adebara and co-conspirators knowingly concealed the proceeds of a romance scam operation by moving money between and among multiple bank accounts.

The accounts were opened under various aliases using fake passports and other fraudulent identification documents to obscure the source of the funds and the identities of the co-conspirators.

Thereafter, Adebara took further steps to conceal the source of the funds, took a commission for himself, and directed the remainder of the funds back to the online romance scammers in Nigeria, including in the form of vehicles and vehicle parts.

He opened multiple accounts using fraudulent identities, then provided the account and routing numbers to the overseas co-conspirators.

The victims were directed by the overseas co-conspirators to send funds to certain bank accounts, with assurance that the money would purportedly be allocated as needed.

Other Nigerians connected with the case had been handed various prison terms.

Paul Usoro, 25, a Nigerian citizen and lawful permanent resident of the United States residing in Norman, was sentenced to 12 months imprisonment, six of which were to be served in home confinement.

Joshua Ditep, 26, a Nigerian citizen and lawful permanent resident of the United States residing in Norman, was sentenced to 10 months imprisonment, five of which were to be served in home confinement.

Tobiloba Kehinde, 29, a Nigerian citizen residing in Norman, was sentenced to eight months imprisonment, four of which were to be served in home confinement.

Chibuzo Obiefuna, 28, of Long Beach, California, and Jamiu Adedeji, 25, a Nigerian citizen residing in Norman, were each sentenced to time served.