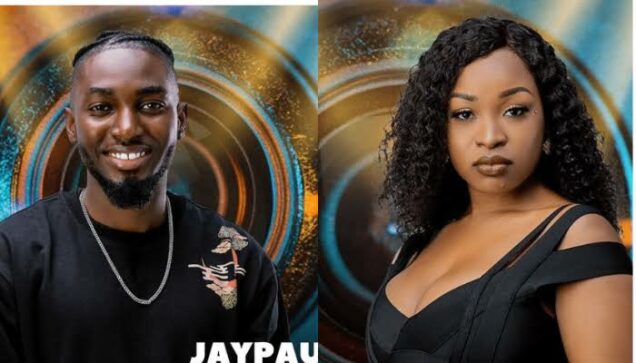 Jackie B and Jay Paul

Paul “Jaypaul” Ephraim and Jackie Bent have been evicted from the Big Brother Naija (BBNaija) House.

They were among the seven housemates nominated for eviction.

Others are Whitemoney, Saskay, Queen, Saga and Liquorose.

The latter appeared to have enough votes to remain in the Big Brother House.

Jackie B had expressed interest in leaving the house.

The mother of one, whose son had campaigned for her to remain, is an interior designer and events/wedding planner.

She was the third female housemate to enter the BBNaija house.

About 11 housemates are now remaining in the BBNaija ‘Shine Ya Eye’ season to battle for the grand prize worth N90m.