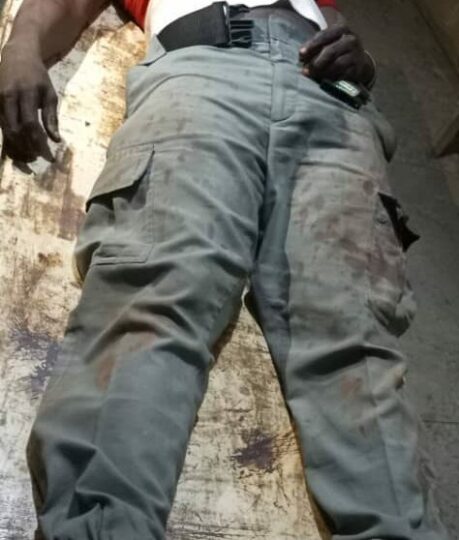 A Customs Assistant 1 was killed in Ogun State on Saturday night.

He said an investigation into the murder has begun.

According to him, the sad event happened at the Owode area of Ogun.

He condemned the killing and reiterated his resolve to keep suppressing the activities of smugglers and arresting perpetrators of the criminal act.

He said: ”The driver was killed during an operation, after two vehicles laden with smuggled foreign parboiled rice, were seized and were being taken to Lagos.

”In the course of the movement, one of the vehicles developed a mechanical problem and as it was being fixed, the suspected smugglers mobilised themselves in large number with arms, charms, stones, and other dangerous objects, to murder the deceased officer.

”The body of the deceased has since been deposited in a mortuary, while investigations have commenced.”

He noted that the killing would not deter the efforts of the FOU Zone A, under his leadership, from carrying out its statutory duties, in the interest of national security and economy.

Ejibunu added that seizures of smuggled wares and arrest of suspects would continue until the perpetrators embraced a change of heart and shift to legitimate trades.