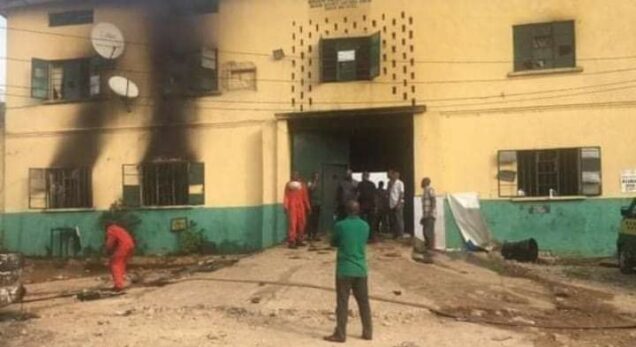 Minister of Interior, Ogbeni Rauf Aregbesola, has assured that escaped inmates at the Kabba Medium Security Custodial Centre, in Kabba, Kogi State would be rearrested.

He made the vow in a statement on Monday by Sola Fasure, his media adviser.

The statement indicated that the Controller General of the Nigeria Correctional Service (NCoS), Haliru Nababa, had briefed the minister on the attack.

“We shall leave no stone unturned to bring them back to custody,” Arebgesola said.

“We are also putting INTERPOL on notice with their details, in case any of them attempts fleeing outside our shores.

“We urge the people, especially the communities around the custodial facility, to be vigilant and report any strange and suspicious persons or activities to the nearest law enforcement agency.”

The correctional facility was attacked on Sunday night.

Four soldiers and a policeman died during the attack.

A Crisis Response Centre has been activated and a Special Taskforce mobilized to recapture escaped inmates.

Inter-Agency Security Task Force is also on the trail of the gunmen who attacked the facility.