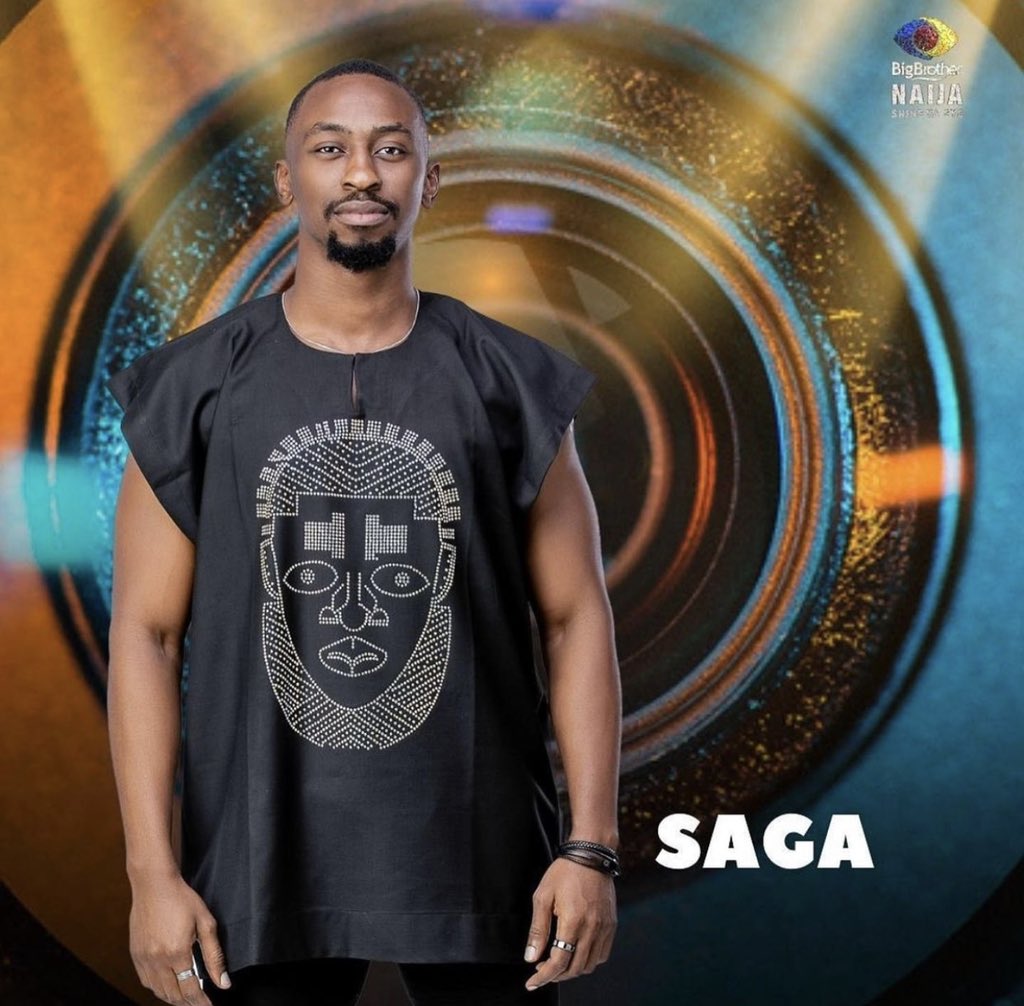 Big Brother Naija ‘Shine Ya Eye’ housemate, Adeoluwa Okusaga aka Saga is under fire for his comment about fellow housemate, Pere.

Saga who claims that Pere is his best friend in the house is being dragged by netizens mostly fans of BBNaija for saying Pere is lonely and should request for a voluntary exit from the show.

Saga had said this during a conversation with Nini after the Saturday night party.

Nini had opined that Pere likes him so much as she stated that Pere is always coming around every time.

She also added that she feels Saga likes him too.

In response, Saga left viewers in shock when he referred to Pere as someone who is suicidal and needs help.

in his words, “How many times do you see us together? In this house I am fucking in your bottle and I’m happy.

“When he’s coming, when I hear his voice, I always want to enter and hide.

“Pere is lonely and suicidal and if it was me I would have requested for a voluntary exit.”

The displeasure on his comment was rekindled by Ebuka’s question on Sunday night after he asked Saga about his relationship with Pere as fans of the show took to social media to bash him.

Many referred to him as a friend who is totally an enemy, with others saying Pere should never have considered Saga as a friend in the house.

See some comments below:

@Mbongwe wrote: “Ebuka before evicting Saga please ask him about the conversation he had with Nini so that Pere can see he has no friend.”

@Chichi wrote: “Saga is a chameleon, friends like him should be seriously avoided.”

@Msking wrote: “What did Pere do to Saga to deserve such a response from him. What a waste of friendship.”

@Chusky wrote: “Nini is jealous of the friendship between Saga and Pere that’s why she keeps instigating hate between them.

@Grace wrote: “Pere can be everything but not negative. Saga really? I can never forgive him even if Pere does.”

@John wrote: “Its just a pity that Saga adores Nini so much that he responds like this just to make her happy. Saga genuinely likes Pere, Nini is the problem.”

@plattonguy wrote: “I’ll never forgive Pere if he still considers Saga a friend outside the house.”

@Jollygodfello wrote: “Chai so Saga knows his in a bottle. What a waste of a man.”

@Selly wrote: “May God deliver us from Frenemies, they are more deadly than enemies.”