Gambling in Africa: Will Online Casinos be accepted in 2021 and beyond? - P.M. News

Gambling in Africa: Will Online Casinos be accepted in 2021 and beyond? 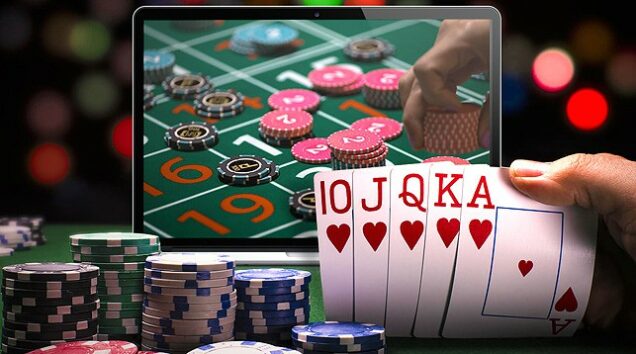 Many industries suffered swingeing losses as a result of the global pandemic, but that hasn’t been the case for online casinos.

The demand for digital entertainment has meant that an increasing number of people have discovered the joys of playing online casinos.

This appetite for online gaming isn’t confined to a single geographic region; advances in technology now mean that online casinos can be made available all over the world.

Africa is often described as an emerging market, but they’ve achieved remarkable growth in recent years, which is being sustained. Facilities such as internet access are no longer considered an indulgence, and many Africans use smartphones.

This means that online casinos are now a viable option, courtesy of better technology and faster connections. The question is: will online casinos be accepted across the region in 2021 and the near future?

Unlike some other parts of the world, there is no widespread cultural or religious objection to gambling in Africa, apart from a few areas in the north.

This is excellent news for potential players and casinos alike, but it doesn’t mean that the introduction will be completely plain sailing.

Some countries have legislation in place that makes some types of gambling more difficult, but it’s not the case universally. Different countries have different laws in place, so casinos may face various barriers, depending on the location.

Here is a snapshot of just a few of the main regions:

South Africa has the most significant market share of gamblers in Africa, with some estimates suggesting that gross gaming revenue will exceed $2.3 billion in the next two years.

Despite the fact that South Africa is not the most populous region, it is one of the wealthiest. Almost half of the gaming revenue expected to be generated in Africa will come from South Africa.

Despite this, it’s primarily sports betting, which will be seen in South Africa for the foreseeable future. Interactive games such as slots and cards are currently banned under the National Gambling Act of 2004; only sports betting is permitted.

It means that once big companies such as Entain launch in Africa, players won’t yet be able to take advantage of the 1000+ slots available to play, but they will be able to enjoy sports betting to its fullest.

There are reviews into the gambling laws currently underway, but no imminent changes are expected for 2021.

With the highest GDP and the largest population in Africa, Nigeria has the potential to be an enormous market for online casinos. Unlike South Africa, the block on gambling was lifted in 2004, opening up the country for casino investment.

Sports betting is also popular in Nigeria, with approximately a third of the population placing a sports bet every single day!

Similarly to Nigeria, gambling is completely legal in Kenya, with online casinos obliged to comply with the Gaming Bill of 2019.

Some internal wrangling over taxes meant that many overseas investors suspended their planned expansion, despite Kenya being one of the most attractive markets in Africa.

It’s expected that as the threat of new taxes appears to have abated, investors will flock back to the country, opening up new gambling venues online for players.

Tanzania has really benefited from improvements in its mobile broadband infrastructure, making online gambling possible without any frustrating lags or drops in transmission.

Via the Gaming Board of Tanzania, legislation was introduced in 2012 and updated in 2019 to regulate the casino industry.

Both sportsbooks and online casinos are legal in Tanzania. A state of the art electronic reporting system is in place, and it’s widely regarded as one of the best set-ups in Africa.

Although it’s not as large as other gambling countries within Africa, Ghana has a well-developed market that has been in development for several years.

The Gaming Commission of Ghana has set up a comprehensive regulatory framework, and both sports betting and online casino licenses can be obtained.

The Lotteries and Gaming Act was introduced in 2016, and whilst not explicitly naming sportsbooks and online casinos, this legislation is used as the regulatory framework for casino providers in the country.

Taxes on revenue and restrictions on winnings are higher in Uganda than in other countries, but this hasn’t dented the nation’s enthusiasm for online play.