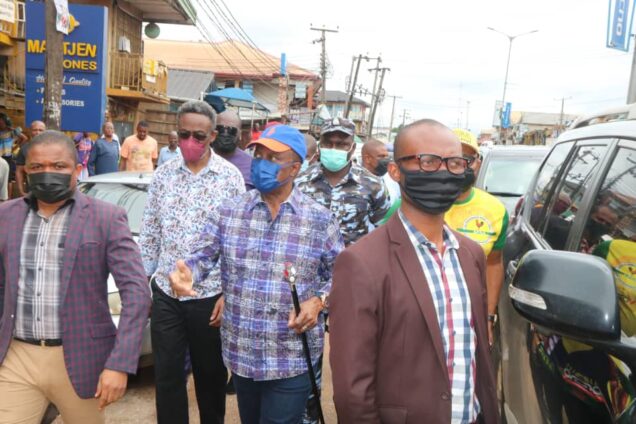 The Anambra State governor, Willie Obiano, on Monday took a giant step against the continued sit-at-home order by the Indigenous People of Biafra.

The governor led a protest to some streets in Awka, the state capital, and urged residents to return to their businesses.

“The state must avoid giving urchins the chance to take over the helm of affairs. I chose to lead from the front to end this fear of molestation, harassment, intimidation.”

Obiano had on Sunday threatened to seal banks and punish market and motor-park leaders who obeyed the sit-at-home order.

However, when the governor saw that the threats won’t change a thing, he took to the streets to speak to his people politely.