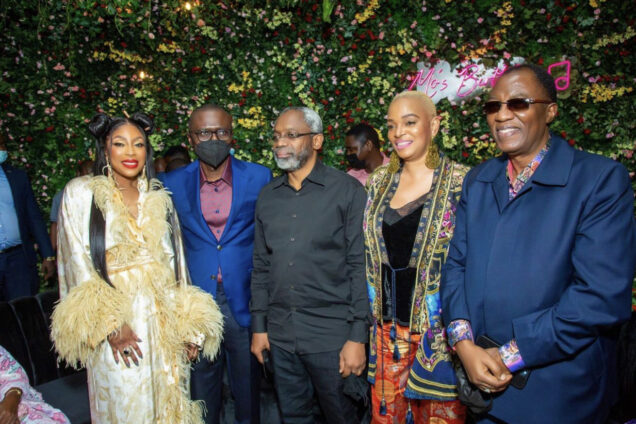 One of the biggest celebrity birthdays of 2021 which held at EbonyLife Place, Ademola Adetokunbo Street, Victoria Island, was attended by friends and colleagues in the entertainment industry.

Mo Abudu also opened an Asian Fusion Restaurant called Jinja, a lovely addition to her EbonyLife Place to satisfy residents of Lagos and visitors to Lagos.

Some of the celebrities in the entertainment industry who were present at the event are; Ini Edo, Deyemi Okanlawon, Ebuka Obi-Uchendu, Sharon Ooja, Toke Makinwa, Lilian Afegbai, Adesuwa Onyenokwe, Debola and Kehinde Williams, and a host of others.

Everything about ##MOJINJA57 was such an exciting thrill. See all the stunning looks below: