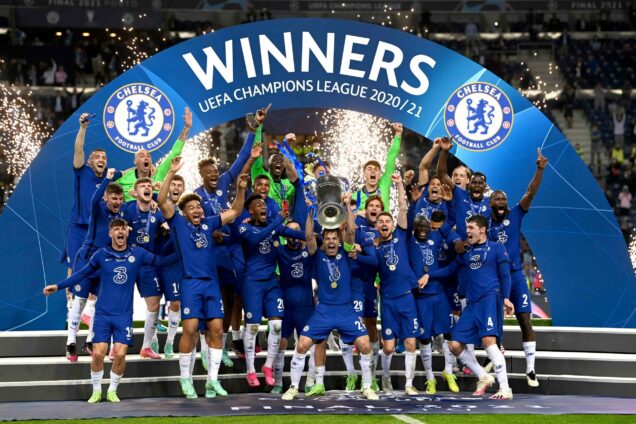 Chelsea begin a Champions League campaign as defenders of Europe’s crown for only the second time in history today.

Thomas Tuchel has stressed the importance of opening the group stage with a bang and could make it to a third Champions League final in a row as a coach – a third UEFA showpiece in four seasons for the Londoners.

This will be the Bavarian’s first experience of a full Stamford Bridge atmosphere at a night match.

No reigning champions have ever kicked off the following season’s campaign with a home loss. However, Chelsea also have a recent track record of 11 group stage games unbeaten.

Chelsea have never met Zenit before, not even in a friendly.

They are the 195th different side, Chelsea have faced in all competitions and the fifth from their nation.

The Blues’ only ever defeat by Russian opponents in European competition was 2-3 against Rubin Kazan in the Europa League quarter-finals in April 2013.

This is Chelsea’s 30th foray into Europe and 18th in the Champions League.

The Blues have also successfully navigated the group stage of this competition in 16 of our 17 campaigns, winning the Europa League on the only other occasion.

Chelsea have won 10 of their past 17 Champions League group games at Stamford Bridge, losing only once.

Champions Chelsea have also won nine of their 13 matches throughout the 2020/21 Champions League campaign, losing once and keeping nine clean sheets

Tonight, Thomas Tuchel takes charge from the outset for the first time.

He made six changes to his line-up on Saturday and is likely to act similarly this evening.

A few regulars were uninvolved 72 hours previously, including Andreas Christensen, Mason Mount, the suspended Reece James, and N’Golo Kante, who the Bavarian hopes to have back for Tottenham.

UEFA Player of the Year Jorginho, Timo Werner and Cesar Azpilicueta also sat out part of the hard-won victory against Aston Villa.

Werner contributed towards six goals in this competition last season – four goals, two assists – and three of his strikes came with him leading the line at Stamford Bridge. Now, of course, Romelu Lukaku is a likely starter. His Champions League scoring record so far is 13 goals from 27 appearances.

Zenit hail from St Petersburg, an ancient port city dipped in gold, but they have found success hard to earn among Europe’s elite, losing five and drawing the sixth of their group stage games last season.

They have tasted defeat in seven of their past eight away trips in this competition and have returned pointless from their three most recent UEFA visits to England, most recently in 2013.

Bridge favourite Branislav Ivanovic, who made the group stage draw with Michael Essien, was their captain until 2020.

They are coached by Sergei Semak and these days skippered by former Liverpool centre-back Dejan Lovren, injured for today’s game.

They registered the fifth win of an unbeaten start on Saturday at home to Akhtam.