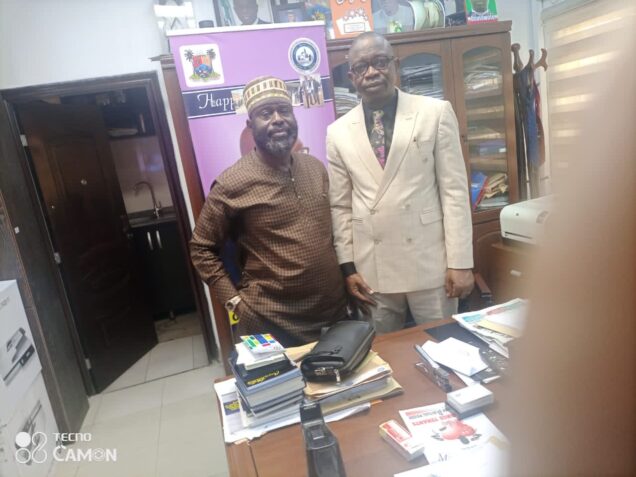 He also took the visiting team on a memory lane as he delved into the history of the Agency which he said commenced full operation in 2014 when it formally took over the functions of the defunct State Tenders’ Board (STB) and State Consultancy Board (SCB) having earlier been established by Law in 2012.

Onafowote also pointed out that the support the Agency had been receiving from the successive administrations in the State and stakeholders assisted the Agency to achieve the successes so far recorded, noting that the General-Manager of the Kwara State Procurement Agency must also cultivate the support of the State (Kwara) Government.

He also acknowledged the support received by the Agency from the DFID as well as the support received from some experienced people working in World Bank projects such as the Lagos Water Corporation and the Lagos Metropolitan Development and Governance Project (LMDGP) who assisted in training the pioneer staff of the Agency, adding that the Agency has developed other avenues and strategies of training and retraining of its personnel for improved delivery of service.

Responding, Abdul Baki, expressed appreciation to his Lagos State counterpart and his team for their willingness to share ideas with him and his team so that they could also replicate what Lagos State is doing in public procurement in Kwara State.

The meeting was attended by Heads of Department and Unit of the Lagos State Public Procurement Agency.