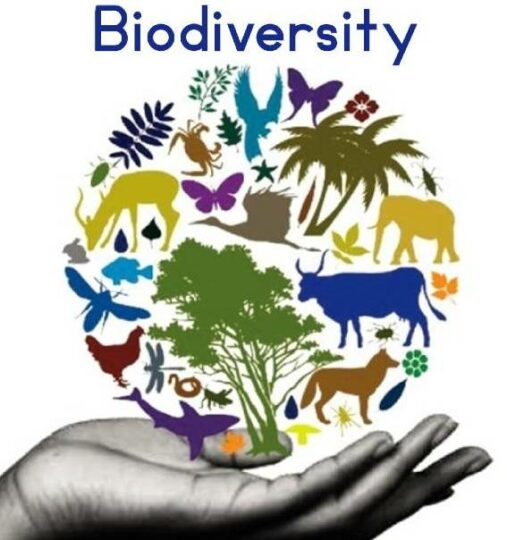 The United Nations Educational, Scientific and Cultural Organization (UNESCO) has raised alarm at the unprecedented speed at which biodiversity is collapsing globally.

Ms Audrey Azoulay, the Director-General expressed this concern at the UNESCO 33rd session of the International Coordinating Council of the Man and the Biosphere (MAB-ICC) Programme in Abuja.

Biodiversity refers to the variety of life on Earth at all its levels, from genes to ecosystems, and can encompass the evolutionary, ecological, and cultural processes that sustain

The director-general said that with the impending collapse, not only is human survival at risk, but also the beauty and the diversity of the world.

She said that the collapse was from the treetops to the ocean depths and from vertebrates to invertebrates, adding that no species was spared.

“This is the spirit driving UNESCO’s Man and the Biosphere Programme. It is what makes it so pioneering and so valuable.

“We all have to stand on the earth itself and go with her at her pace. With this impending collapse, not only is human survival at risk, but also the beauty, the diversity of the world.

“But this collapse is not inevitable: there is still time to make peace with the planet,” she said.

According to her, there is the conviction that we can re-forge our relationship with nature, that we can reconcile development and environmental protection.

“We must harness the power of education to rebuild our relationship with nature. UNESCO is fully mobilised to ensure that the environment becomes a key curriculum component by 2025.

“This is in line with the commitment made by the 80th governments we gathered at the Berlin conference last May.

UNESCO, a custodian of knowledge and know-how concerning biodiversity, has been developing concrete solutions to environmental challenges for over 50 years through the MAB programme and its network of protected sites, covering nearly six per cent of the planet.

With 714 biosphere reserves in 129 countries, including transboundary sites, UNESCO seeks to reconcile humans and nature and demonstrate that it is possible to use biodiversity sustainably while fostering its conservation.

The Minister of State for Environment, Chief Sharon Ikeazor, said that the world was facing planetary crises of climate change and biodiversity loss.

According to her, this global loss of biodiversity is threatening the security of the world’s food supplies and the livelihoods of millions of people including indigenous people and local communities, especially in the African region.

“The good news is that it is not too late to reverse the current trends if conservation efforts are scaled up and protected areas are expanded.

“This is the first time that MAB-ICC is being held on the African continent since its inception and I am proud that Nigeria has taken the lead by hosting this event today,’’ she said.

Also, the UN Resident Coordinator in Nigeria, Mr Edward Kallon, called on all relevant organisations both global and national to rise up and take responsibility to restore human nature for a healthy environment.

Kallon said that the UN system was implementing a number of activities geared towards protecting the ecosystem and biodiversity of Nigeria, as well as addressing the consequences orchestrated by COVID-19 and climate change amongst others.

“The activities include, reducing the incidence of out of school children to help Nigeria build its human capital.

Kallon commended the effort of UNESCO in establishing the Man and the Biosphere Programme, which connected all governments of its member states.