Young Boys vs Man United: All you need to know 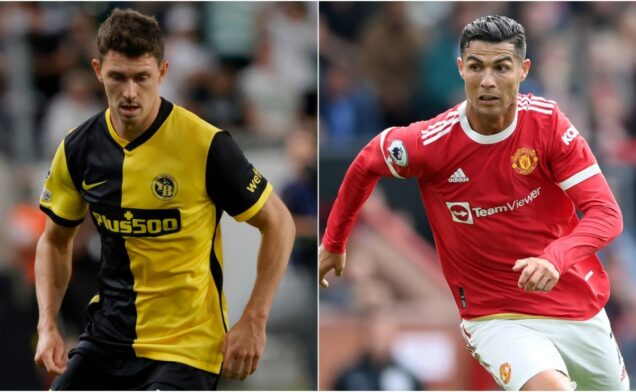 Young Boys vs Man United, All you need to know

Manchester United return to Champions League action as they travel to Switzerland to face Young Boys on Tuesday.

Ole Gunnar Solskjaer’s side starts the European campaign with a trip to face the Swiss champions in Bern as Group F kicks off.

This is only the second time United and Young Boys are in the same Champions League group. Last time, in 2018, the Reds won home and away against the team in yellow-and-black kits.

Cristiano Ronaldo famously made his Premier League return with a brace against Newcastle United and the five-time Champions League winner could make his European return for United on Tuesday evening.

Here’s everything you need to know.

The encounter is an early Champions League kick-off as the game starts at 17:45 BST.

Solskjaer has confirmed that Edinson Cavani will be out for a little while with a small knock.

Alex Telles and Scott McTominay are working their way back to full fitness but will not be involved in today’s match.

Marcus Rashford is edging closer to a return to full training, meanwhile, Amad will still be out for a few weeks.

Dean Henderson also remains out but he gained valuable game-time in the Under-23s against Arsenal last Saturday.

Manchester United have started the season in great fashion, winning three of four Premier League games and claiming an away point at Southampton.

Ole’s men are top of the table on goal difference.

They are fourth in the Swiss Super League, having picked up two wins, two draws, and a loss from their first five league games of the season.

Their last match was an impressive 4-0 win over league leaders FC Zurich.

Tuesday’s battle will be the third time Manchester United will play the black and yellow in the Champions League.

In the first match between the teams in 2018, the Reds ran riot in Bern with Paul Pogba stealing the show with two goals while wearing the captain’s armband. Anthony Martial also scored in the 3-0 win.

In the reverse meeting at Old Trafford, it proved a difficult task to break down a solid Young Boys defence.

However, in injury time, Marouane Fellaini popped up to score the winner at the Theatre of Dreams.