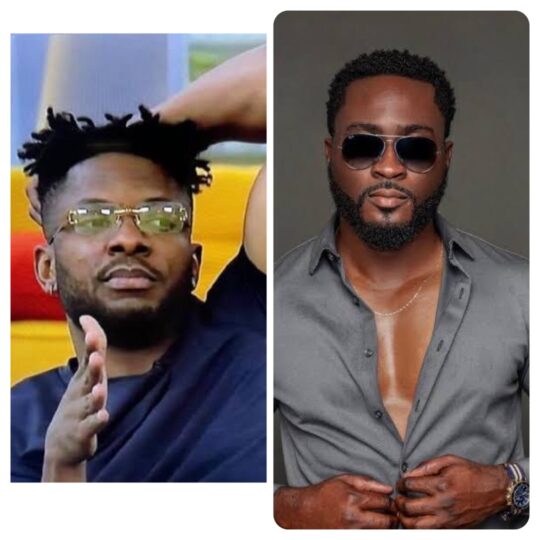 Big Brother Naija housemates Cross and Pere are set to begin investigating the quarrel between lovebirds in the house, Nini and Saga and also Emmanuel and Liquorose.

Cross and Pere while speaking on Wednesday expressed concern over the quarrel between the two strong relationships in the house which began on Tuesday.

Big Brother during the diary session on Tuesday charged Saga and Emmanuel to act like they are quarreling and not speak to their love interests in the house until their next diary session.

While speaking Cross said he suspects something fishy going between serious relationships in the house.

Pere added, “As he was laying down there for a while, Nini left.”

Cross added, “When Nini was now there alone, he came and left and Nini was alone.

Cross also said they would investigate Emmanuel and Liquorose to know what is going on.