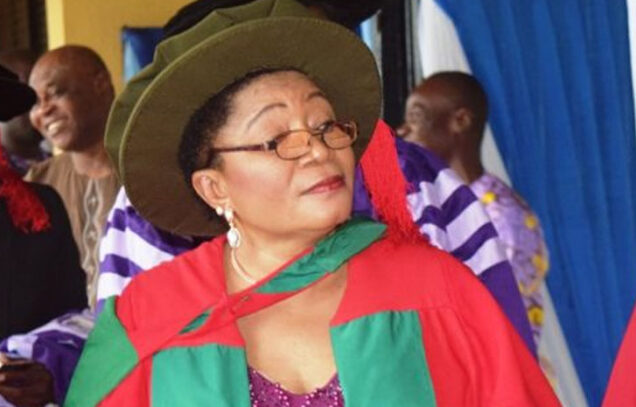 Student power won at the University of Benin(UNIBEN) on Wednesday as the authorities made a volte-face over the closure of the school and also yielded concessions.

The authorities rescinded their decision on the school’s closure and cancelled the extra charges for late payment.

On top of it all, the Vice Chancellor, Prof. Lilian Imuetinyan Salami tendered an unreserved apology to the students.

According to a statement by University’s Registrar, Ademola Bobola, the management urged the students to disregard the closure order issued on Tuesday.

“After due consultation, and in the overall interest of the general students’ body, the Vice Chancellor has, on behalf of Senate, apologized to our dear students.

“This is based on security reports from the Department of State Security (DSS) to avoid the students’ action being hijacked by hoodlums; and thereby prevent any form of breakdown of law and order within and outside the campuses of the University.”

Before the U-Turn by the authorities, thousands of students of the University of Benin (UNIBEN) had vowed to defy the go-home the order, as they refused to vacate their campus hostels.

Some soldiers were sighted at one of the female hostels, trying to make them leave, but the students stood their ground.

Some other male students were also sighted at the VC’s lodge, attempting to picket the place.

A security vehicle belonging to the Edo State Security outfit, Operation Wabaizigan, driven to the university by police operatives, was forced to reverse at the main entrance by hundreds of students.

“I passed by the main gate a few moment ago and I saw the VC being driven to the gate, with hundreds of students almost mobbing her convoy.

“I believe she will reverse her closure order, otherwise, with what I saw, it could turn bloody. The students are determined to stand their ground,” the staff said.

The students on Tuesday poured onto the streets to protest the N20,000 extra charges imposed on late payment of school fees by the authorities.

Although the protest was peaceful, the Vice Chancellor Lilian Salami, panicked and announced immediate closure of the institution.

She ordered the students to vacate their respective hostels latest 12 noon today.

But the students ignored the order.