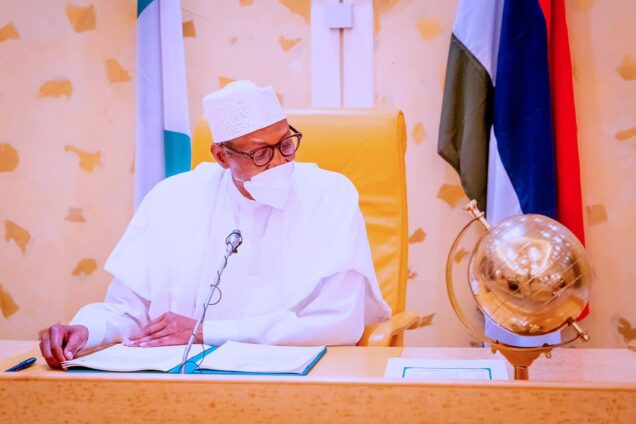 The Peoples Democratic Party (PDP) has rejected moves by President Muhammadu Buhari to demand for another $4billion and €710 million loans.

In a statement by Kola Ologbondiyan, the party’s National Publicity Secretary the party lamented the reckless borrowing.

It said Nigeria may eventually not have a nation after the APC leaves power.

He noted that the APC-led government already accumulated N33.107trillion debt noting that the government has nothing to show but decayed infrastructure and a depressed economy.

With the fresh request to take N2.66 trillion loan and an additional N5.62trillion loan proposed for the 2022 budget, the government will put Nigeria in N40trillion debt with no clear-cut repayment plan, the statement noted.

The opposition accused the Buhari government of engaging in excessive borrowing “instead of seeking ways to reduce the liability they have brought upon our nation.”

PDP called on the national assembly to investigate hearing on all the loans collected by the president especially with allegations that they are being diverted to personal pockets of APC leaders.