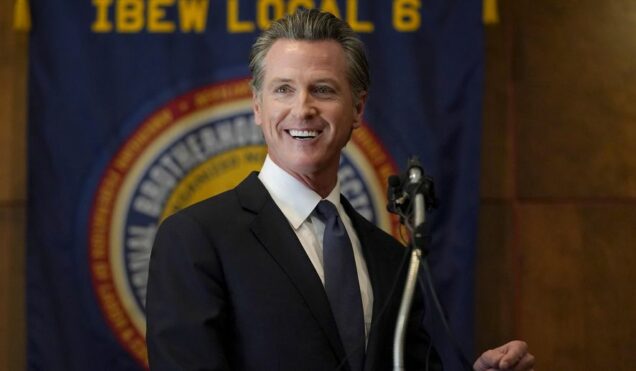 California Gov. Gavin Newsom became Tuesday only the second governor in U.S. history to beat back a recall, trouncing those who wanted him supplanted.

With more than two-thirds of the votes counted, the Democratic governor had won over 67 percent, more than double the votes cast against him.

CNN, ABC and many U.S. media already projected his victory and that the recall question against him had gone down to defeat.

Mr. Newsom, who was elected in 2018 with 62% of the vote, outspent his competition by about 5 to 1, raising more than $70 million to defeat the 46 candidates who sought to supplant him if the recall question succeeded.

Leading the list of challengers was Republican Larry Elder, the longtime Los Angeles radio host who led the field of candidates after jumping into the race in July.