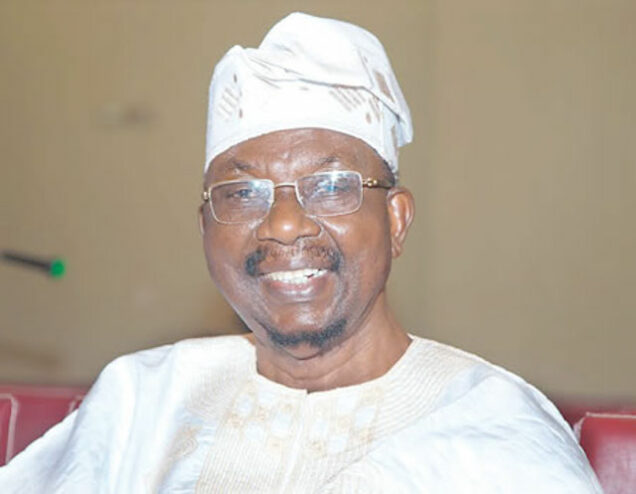 At the “Evening of Worship and Tributes”, in celebration of the life of the late senator on Wednesday, Sanwo-Olu described him as an astute politician, a dogged fighter and democrat.

The governor who was represented by his deputy, Dr Obafemi Hamzat, in his tribute said: “We have lost one of the leading lights in the struggle against the military dictatorship in Nigeria.

“We take solace in the fact that his struggle was not in vain, as he was able not only to witness the birth of a new dawn of democracy in Nigeria but also participated actively in the process of its entrenchment.

“He was one of the several Nigerians that stood firm against injustice, maladministration and inhuman treatment meted on the people by the junta.

“Alongside other patriots, he fought as one of the frontline leaders of NADECO, committed to reclaiming the popular mandate on June 12, 1993, given too late MKO Abiola,” he said.

Sanwo-Olu noted that the late NADECO chieftain was a lawyer and an economist whose contribution to national development was unblemished while in service, and would never be forgotten.

He said the late Durojaiye gave a good account of himself as a senator of the Federal Republic of Nigeria, adding that he was outstanding in his commitment to promoting democratic ideals and the best interest of the people, especially the downtrodden.

Thereafter, Sanwo-Olu, prayed that the Almighty God would give the family, the fortitude to bear the loss.

Abiodun, who was represented by his deputy, Mrs Naimot Salako-Oyedele, described late Durojaiye as a giver, a great supporter, and also prayed for the repose of his soul.

The Council of Chiefs of Ijebu land, represented by Chief Sunny Kuku, the Olori Ogun of Ijebu land, said late Durojaiye, their son, was a man of impeccable character who stood tall in his endeavours.

“Otunba Durojaiye was a giant in pedigree, in intellect, a giant in politics and patriotism,” he said.

Other dignitaries at the event were the former Military Gov. of Rivers, Zamani Lekwot, Dr Onikepo Akande, Vice President, Lagos Chambers of Commerce and Industry.

Chief Dele Momodu, Publisher, Ovation Magazine, Mr Ayo Opadokun, Secretary-General, NADECO and many others were also at the event.