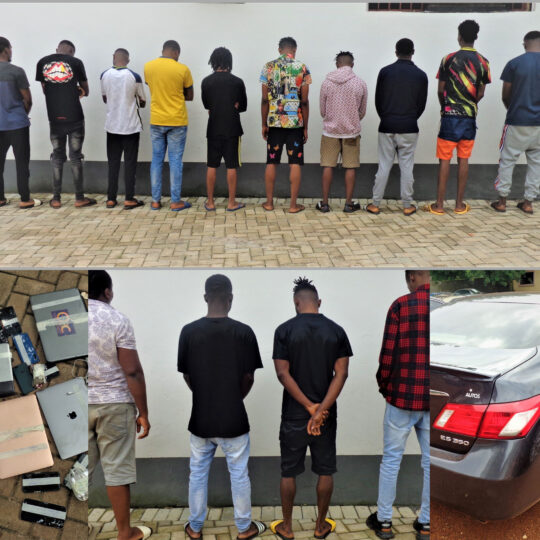 Operatives of the Enugu Command of the Economic and Financial Crimes Commission (EFCC) have arrested 16 suspected internet fraudsters in Enugu State.

He said part of the intelligence indicated that suspected internet fraudsters were operating from Castle Majestic Hotel, Enugu.

“Based on the intelligence, and weeks of surveillance, a search warrant was executed on the facility on Thursday, September 16, 2021.

“In the course of the operation, the operatives encountered a group that identified themselves as members of the National Association of Nigerian Students, NANS and Ohaneze Ndi Igbo Youth wing. The leaders of the group duly identified their members and carried on with their activities.

“But the target of the sting operation was arrested and brought to the Enugu Zonal Command for questioning,” he said.

Some of the items recovered from them include one Lexus ES 350 car with plate number BLF 722 LD, one Yellow Fever travel document, several laptops, mobile phones and other incriminating documents.

“As soon as the investigation is concluded, the suspects will be charged to court,” he said.