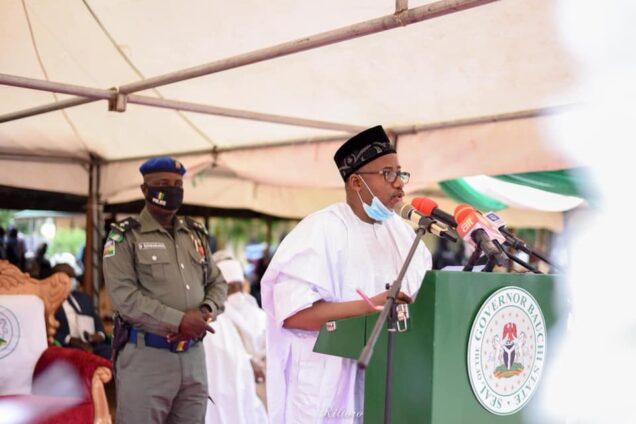 Governor Bala Mohammed has sworn in the new Bauchi Head of the Civil Service (HOS) Alhaji Yahuza Adamu, along with 22 permanent secretaries.

At the inauguration in Bauchi on Friday, the governor called on the appointed government officials to discharge their duties with commitment, dedication and fear of God.

He tasked them on probity, accountability and prudent management of resources in the conduct of both their official and private engagements.

”We will reward hard work and reprimand laxity,” he told the appointees.

The governor promised that the appointment and elevation of civil servants would continue to be on merit.

“We would continue to administer competency tests on potential candidates for the position of permanent secretaries and other relevant cadres,” he said.