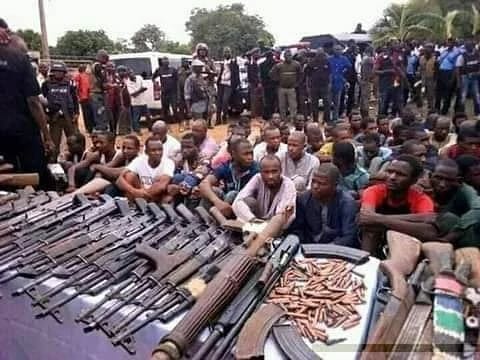 Dozens of bandits, kidnappers, rapists, murderers have been arrested by the police in Niger state, in a massive crackdown on criminal elements.

Commissioner of Police in the state, Mr Monday Kuryas, told the News Agency of Nigeria (NAN) in Minna on Saturday that 259 suspects have been picked up.

Among them were also those involved in farmers/herders conflicts and other crimes in the state.

The arrests were for crimes committed in 25 local government areas of the state in August.

“We have charged 119 suspects out of the 259 arrested in court, 81 of them are still standing trial,’’ Kuryas said.

He added that 59 suspects were still under investigation at the state Criminal Investigation Bureau.

Nine cases, he said, have been sent to the state’s Ministry of Justice for vetting and legal advice.

The police commissioner also told NAN that the command tackled banditry in Ma’undu village of Mariga Local Government Area, which had been the stronghold of bandits.

He said that Area Commanders and Divisional Police Officers in the 25 local government areas had been directed to beef up security architecture in their respective areas of supervision.

“We appeal for support and cooperation from members of the public who should give us intelligence information that could aid in apprehending miscreants in their midst.

“We are battle ready to confront any person or group of miscreants undermining the peaceful nature our state is known for through well- coordinated security approaches to enhance peaceful coexistence among our people,’’ Kuryas said.