Buhari breaks down the $4B plus loan, the beneficiaries, projects 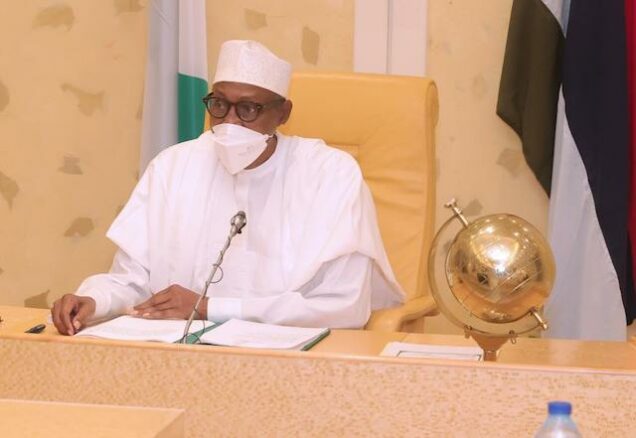 President Muhammadu Buhari : uses Maulud-Un-Nabiyy message to teach journalists how to report the current state of insecurity in the country.

The Buhari Presidency on Saturday responded to critics of its external borrowing, listing the states and the projects that will benefit from the $4 billion plus request.

In a statement by SSA Media, Garba Shehu, the money is meant for 15 projects, spread across the six geo-political zones of the country.

Even the National Assembly is a beneficiary of a 25MW hybrid power project.

The projects are to be financed with more than $4 billion from multilateral institutions, under the 2018-2021 medium term (rolling) external borrowing plan.

President Muhammadu Buhari had requested the Senate to approve sovereign loans of $4.054bn and €710million as well as grant components of $125m for the proposed projects.

According to the letter by the President, the sovereign loans will be sourced from the World Bank, French Development Agency (AFD), China-Exim Bank, International Fund for Agricultural Development (IFAD), Credit Suisse Group and Standard Chartered/China Export and Credit (SINOSURE).

The President’s request to the Senate listed 15 proposed pipeline projects, the objectives, the implementation period, benefiting States, as well as the implementing Ministries, Departments and Agencies (MDAs).

A breakdown of the ‘‘Addendum to the Proposed Pipeline Projects for the 2018-2021 Medium Term (rolling) External Borrowing Plan,’’ shows that the World Bank is expected to finance seven projects including the $125million grant for ‘‘Better Education Services for All’’.

The Global Partnership for Education grant is expected to increase equitable access for out-of-school children and improve literacy in focus states.

The grant, which will be implemented by the Federal Ministry of Education and the Universal Basic Education Commission (UBEC), will strengthen accountability for results in basic Education in Katsina, Oyo and Adamawa States.

Other projects to be financed by the World Bank are, the State Fiscal, Transparency, Accountability and Sustainability Programme for Results as well as the Agro-Processing, Productivity, Enhancement and Livelihood Improvement Support Project.

The benefiting States for the agro-processing project are, Kogi, Kaduna, Kano, Cross River, Enugu and Lagos with the Federal Ministry of Agriculture and Rural Development as the implementing ministry.

The objective of the project is to enhance agricultural productivity of small and medium scale farmers and improve value addition along priority value chains in the participating States.

The project, when completed, is expected to improve rural water supply, sanitation and hygiene nationwide towards achieving Sustainable Development Goals (SDGs) for water supply and sanitation by 2030.

Under the external borrowing plan, the World Bank supported projects also include Nigeria’s COVID-19 Preparedness and Response Project (COPREP), under the supervision of the Federal Ministry of Health and Nigeria Centre for Disease Control (NCDC).

The project, which has an implementation period of 5 years, will respond to threats posed by COVID-19 through the procurement of vaccines.

Furthermore, no fewer than 29 States are listed as beneficiaries of the Agro-Climatic Resilience in Arid Zone Landscape project, which is expected to reduce natural resource management conflicts in dry and semi-arid ecosystems in Nigeria.

The World Bank is also funding the Livestock Productivity and Resilience project in no fewer than 19 States and the Federal Capital Territory (FCT).

The China EXIM Bank is expected to finance the construction of the branch line of Apapa-TinCan Island Port, under the Lagos-Ibadan Railway modernisation project.

The French Development Agency will finance two projects, which include the National Digital Identity Management project and the Kaduna Bus Rapid Transport Project.

The digital identity project will be co- financed with World Bank and EIB.

The Value Chain Development Programme to be financed by IFAD and implemented in Anambra, Benue, Ebonyi, Niger, Ogun, Taraba, Nasarawa, Enugu and Kogi States will empower 100,000 farmers, including over 6,000 and 3,000 processors and traders respectively.

The loan facility to be provided by European ECA/KfW/IPEX/APC will be spent on the construction of the Standard Gauge Rail (SGR) linking Nigeria with Niger Republic from Kano-Katsina-Daura-Jibiya-Maradi with branch to Dutse.

The specific project title, Kano-Maradi SGR with a branch to Dutse, has an implementation period of 30 months and will be implemented by the Federal Ministry of Transport.

The National Agency for Science and Engineering Infrastructure (NASENI) will implement the project aimed at increasing local capacity and capability in the development of power and renewable energy technologies and infrastructure.

Credit Suisse will finance major industrialisation projects as well as micro, small and medium enterprises schemes to be executed by the Bank of Industry while SINOSURE and Standard Chartered Bank will provide funds for the provision of 17MW Hybrid Solar Power infrastructure for the National Assembly (NASS) complex.