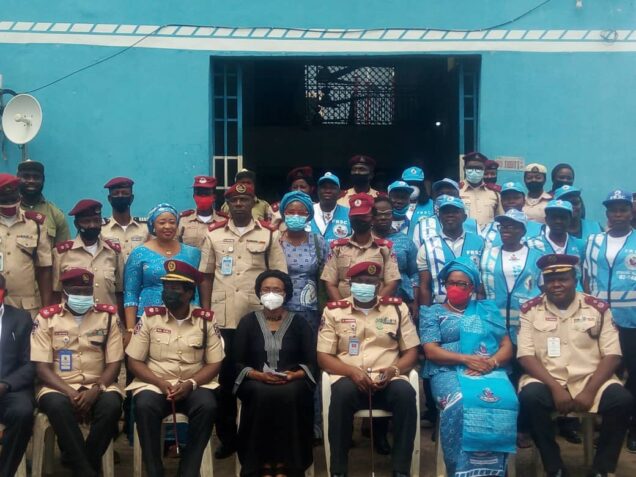 Ogungbemide gave the disclosure on Thursday at a One-Day Capacity Building organized by the sector command for the stakeholders in the traffic and other sectors.

According to him, sexual violence and harassment have become the topic of the day that needs to be attended to before they get out of hand.

“We are appealing to men and women because it involves both genders to desist from using their positions and wealth to harass the opposite sex.

“At the same time, I wonder what the person will be thinking of in the prison after killing her husband or otherwise.

“Many inmates in the prison for sexual violence are regretting their actions immediately after the incidents.

“That’s why we are sensitizing the public and the stakeholders to prevent cases of sexual violence and harassment,” he said.

Dr. Josephine Chukwuma, the Executive Director Project Alert, a Non-Governmental Organisation (NGO) the Guest Speaker, in her remarks said that sexual violence and harassment has become epidemic that required solutions at various homes.

Chukwuma said that sexual harassment might come by verbal or physical and appealing to parents to have a good relationship with one another to prevent such violence at home.

“Sexual harassment can come by verbal and physical, we have to think about our reputations before engaging in such.

“No man should put himself into the case of sexual harassment because it is very difficult to get out of it.

“Let’s check how we are relating with other gender and parents must have a good relationship with their children, talk to them about sex and its implications.

Mrs. Adebola Billy, Superintendent of Police (SP) from the Area ‘G’ Police Station in her remarks also advised the couples, parents and intending couples to have mutual understanding in their relationship.

Billy said that lack of understanding and genuine love among the couples were the major factors causing violence at various homes.