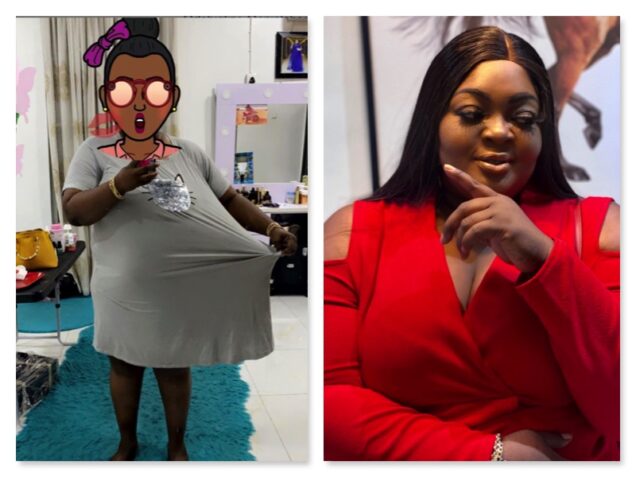 She announced this on Friday night on her Instagram page.

She did not disclose when she embarked on the weight loss or the method she is using to slim down.

It was not the first time that she embarked on cutting her weight.

She did the same about this time last year and posted photos later of her trimmed physique.

At the time she said was cutting down, not because she hates her former size but to explore a news body size.

The big girl of Nollywood said shedding off the weight was real hardwork.

But she said she was determined to achieve her desired size.