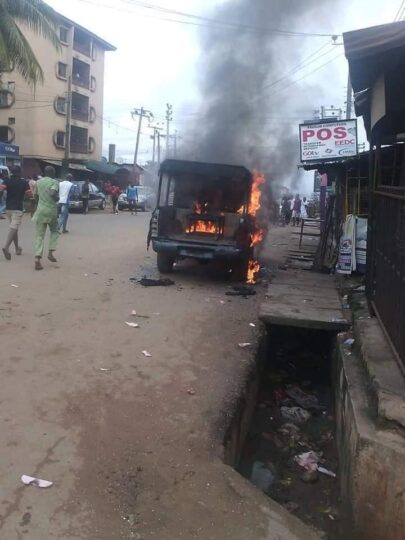 The vehicle of the 3 policemen set ablaze

Three policemen have been shot dead by unidentified gunmen in Onitsha, Anambra State and their patrol vehicle set ablaze.

The ill-fated cops were on duty at around Ukaegbu /Ezeiweka road in Onitsha when they were attacked around 9 a.m on Sunday.

He said details of the attack are still sketchy.

DSP Ikenga said he would react after gathering more information on how the attack happened.