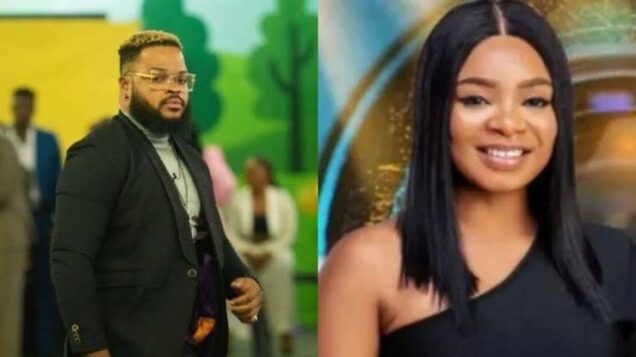 WhiteMoney and Queen kiss on Saturday

Both of them kissed in the garden in the presence of other housemates after dancing together almost all through the night at the party arena.

Queen sat on the legs of WhiteMoney, held his head , with WhiteMoney holding her waist as they both kissed.

The duo over the past week have remained close in the house and been seen around each other almost every time.

Queen has revealed in the past that she has a crush on WhiteMoney but also noted then that she liked Pere and evicted housemate Boma.

The model also revealed recently if she was to have sex with any housemate it would be Cross but  if she was to get married to one of the housemates, her pick would be WhiteMoney.

Queen and WhiteMoney have secured their spot in the house next week. WhiteMoney emerged Head of House while Queen was not nominated by other housemates for possible eviction.

Those up for possible eviction are Cross, Saskay, Yousef, Emmanuel and Angel.