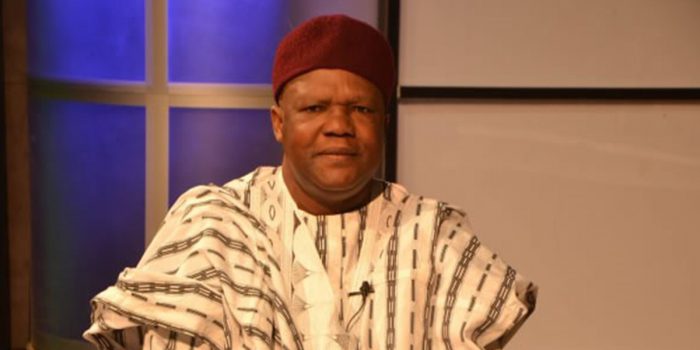 Obadiah Mailafia, a trenchant critic of Buhari administration and former Deputy Governor of the Central Bank of Nigeria (CBN), is dead.

He died at Gwagwalada Specialist Hospital, Abuja, on Sunday morning.

It is suspected he may have died of COVID-19.

One of his cousins said he spoke with him a few days ago.

The former CBN deputy governor said he had malaria and cattarh.

Since then, he had been a fierce critic of the Buhari government.

Mailafia worked at the African Development Bank (AFDB) and served as CBN deputy governor between 2005 and 2007.

He was born on 24 December 1956 in Randa village, Sanga Local Government Area of Kaduna State.

His father Baba Mailafia Gambo Galadima was an evangelist with the Evangelical Reformed Church of Central Nigeria.

His parents later transferred to Murya, Lafia, in Nasarawa State, where he grew up.

He started his education at Musha Sudan United Mission School from 1964 to 1969 and proceeded to Mada Hills Secondary School, Akwanga, Nasarawa, from 1970 to 1974.

He later went to Ahmadu Bello University, Zaria, where he made a first-class degree in Economics.

Mailafia got into the crosshairs of the DSS early in the year, when he alleged that a governor was the commander of Boko Haram.

The Department of State Services (DSS) invited him for questioning in Jos.

One of the politicians who gave an early tribute was Femi Fani-Kayode.

He wrote on Twitter that Mailafia was “one of the most powerful and progressive voices in our country.”

“He was a great nationalist, a believer in Nigeria, a kind and gentle soul, a devout and practising Christian, the leading voice of the Middle Belt zone, a former Deputy Gov. of Central Bank, a former Presidential candidate, a graduate of Oxford University and one of the most brilliant men that I ever had the privilege of knowing,” he wrote.