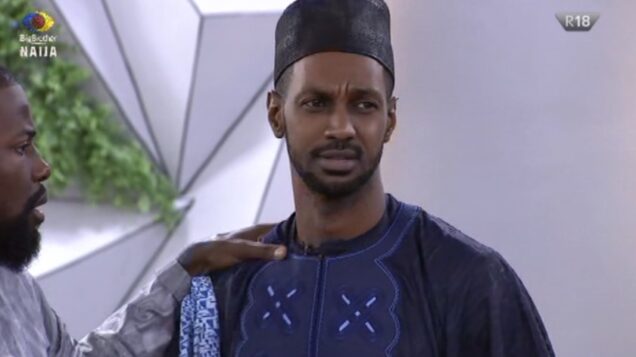 Yousef relieved that it was all an eviction prank

His eviction ends his chances to win the ultimate prize of N90 million despite being the first deputy Head of House for the Shina Ya eye edition.

The 29-year-old schoolteacher who hails from Nasarawa State, said the highest points of his life was when he won the Mr UniJos Beauty Pageantry in 2015 and the Jos Carnival King in 2018.

When speaking with the BBNaija Eviction Host, Ebuka Obi-Uchendu, he said “Eight weeks in the BBNaija house has been wonderful. Yes, I won quite a lot of money. My highlights in the house were the Arena games”.

Speaking on his relationship with fellow housemate, Angel, he said he enjoyed having conversations with her.

“She and I have a matured vibe. We talk a lot. I enjoy talking to her.

On his future outside the house, Yousef said “I’m looking forward to the endorsement deals. I also would love to go into movies. I love acting,” he said.