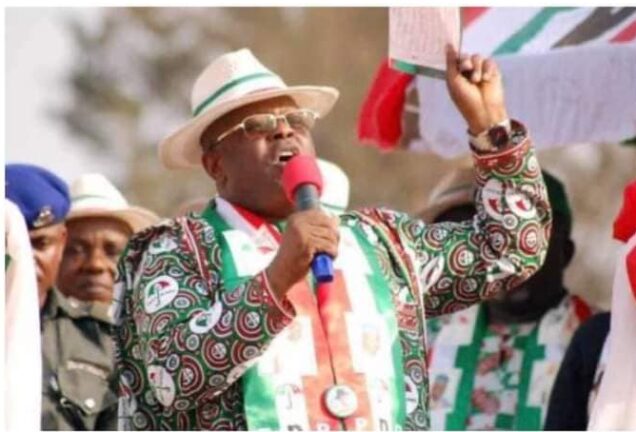 Peoples’ Democratic Party (PDP) leaders in Ebonyi have assured members that the party would reclaim power in the state, via the 2023 general elections.

They gave the assurance on Saturday during the State Executive Committee meeting in Abakaliki.

Ebonyi was a PDP state up till November last year when Governor Dave Umahi switched to the All Progressives Congress, disrupting the PDP structures in the state.

Mr Fred Udogu, Ebonyi Chairman of PDP commended members of the House of Assembly, Senators from the state and others of their maximum support and sustenance of the party.

Udogu said: “They have made sacrifices, showed steadfastness and given support to the party which needs to return to power in the state.

“My gratitude also goes to the south-east Zonal committee for their support as well,” he said.

The South-East, Vice Chairman of the party, Mr Ali Odefa, said that PDP has all that is needed to take over the state in 2023.

“We must shun rumours and activities capable of distracting unity in the party,”

The Former Secretary to the Government of the Federation, Mr Pius Anyim, commended the stakeholders for trusting in the party and stated the need for the party’s victory in 2023.

“Remain focused with PDP and you will not be disappointed,” he said.

The meeting was attended by state and federal lawmakers.